What the Future of Farming Will Look Like: UN Agnes Kalibata 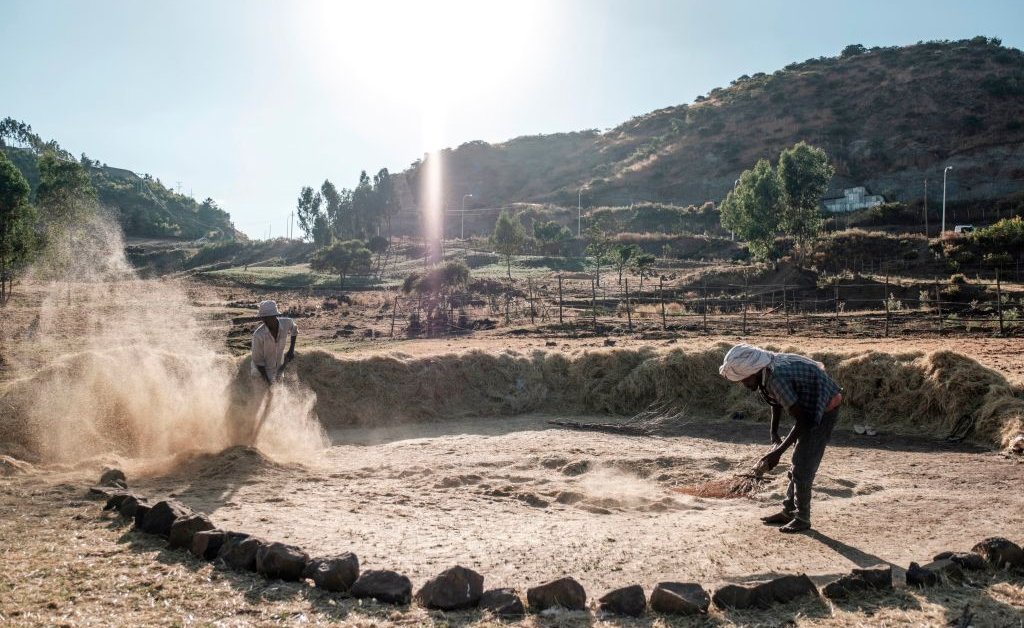 Agricultural systems are one of the biggest contributors to climate change, producing about 20% of total global emissions. At the same time, the single biggest threat of climate change is the collapse of global food systems. As the world population grows, the climate heats up and resources become more scarce, how will we ensure we have enough food to go around?

Science is being combined with agriculture to develop new crops that can withstand the impacts of climate change. A group working at the forefront of this collaboration is CGIAR, the Consultative Group on International Agricultural Research, the world’s largest publicly-funded agricultural research partnership. But this area needs to be scaled up; CGIAR says double the amount of the current level of investment is needed to slow down the food and climate crises facing the planet by 2030.

On the side-lines of the UN’s 2021 Climate Adaptation Summit, TIME speaks with Agnes Kalibata, the Rwandan-born agricultural scientist and policymaker who was recently appointed as UN Secretary-General António Guterres’ special envoy for the 2021 Food Systems Summit. The summit will call for bold action to transform the way the world produces and consumes food, while providing solutions and delivering progress on Sustainable Development Goals. Kalibata, a former minister for agriculture in Rwanda, played a large role in bringing food security to the mostly agricultural country. In an interview edited for edited for length and clarity, Kalibata discusses new food technologies, the future of farming, and why eating insects, while good for human and planetary health, is likely to remain a fringe idea for the foreseeable future.

TIME: Climate scientists are projecting future devastation if we don’t act now to curb emissions. But are we already seeing an impact on the ground when it comes to farming and food supplies?

Agnes Kalibata: We’ve seen huge impact on food in countries that are in marginal areas [such as the Sahel, on the fringe of the Sahara Desert], where farming systems depend on rainfall and rainfall has become less predictable. So for these communities that are living on the edge, [climate change] has impacted food security. We’ve seen average losses of 20%. That reduction takes away everything a farmer would have in term of income.

TIME: So if these climatic changes are inevitable, how do we make farmers and food systems more resilient?

AK: Number one: use science to ensure that farmers have better tools to manage the problem. For example CGIAR is doubling down to ensure that [scientists] are bringing out drought resistant [crop] varieties. Here in Kenya where I live, farmers are moving from varieties they’ve always known, that take six months to mature, to varieties that are taking two to three months. These varieties require less rain, they mature early, and they are resistant to pests.

Number two: there are ways to manage the [farm] ecosystem—what farmers plant, how they use the soil—that can ensure that farmers produce a good crop, even when the rain is sub optimal.

Number three is irrigation. Here in Africa only 4% of the land is irrigated. With supplemental irrigation, it doesn’t matter if the rain comes at the wrong time.

The last one is insurance—just making sure that farmers don’t lose everything [when climatic conditions are bad]. Farmers won’t farm when they know they are only one season away from a disaster. Being able to have insurance to help make sure that farmers have an opportunity to cope [with the risk] is one way of dealing with it.

TIME: Science has to play a role, but when it comes to food, there is a strong, and vocal, aversion to some technologies, like genetic modification, that could have a big impact. For example, several African countries have refused to allow GMOs. How do you balance fear of new technology with the need for scientific advancement?

AK: I don’t think Africa has a fear of technology. Look at how fast the mobile telephone has spread. But countries have not yet put in place frameworks for bringing onboard genetically modified foods. We need to ensure that these [innovations] are anchored in science. Only science can help us define the impact. We don’t want to be damaging our food systems, or hurting people. Everything has to be anchored in science and evidence, even if there are people out there bashing the technology.

Technological [progress in] conventional breeding, like drought resistant crops, has already made 100% difference in people’s lives here in Africa. It moves a farmer from producing 0.5 metric tons of maize to producing about six metric tons, which makes him self-sufficient, which gives him the ability to send his kids to school. The truth is we are where we are now because of technologies that have already been developed.

TIME: What about other technologies, like high tech irrigation systems, digital soil sensors, field data science or robotic harvesting. Will they play a role in a more resilient agricultural future?

AK: It depends on the ability of these technologies to be to be embraced on the ground while providing real life solutions. I’ll give you an example. While other countries debated on drones, Rwanda was already figuring out how to use them to deliver blood and medicine to clinics across the country. Rather than embrace technology, some people opt to live in fear of it. But from what I’ve seen for Rwanda, it’s worked for them. The things you’re talking about provide huge opportunities, but they have to be embraced politically, number one. Number two, they have to help the private sector make money. [Otherwise] it’s going to be very difficult to translate them into solutions for farmers. New technologies won’t work if they are not meeting the needs on the ground, or if they’re not meeting a good political environment and a good business environment.

TIME: According to the 2019 EAT/ Lancet report, the only way to feed a growing global population while reducing carbon emissions is for humans eat less meat and more vegetables. Is that a feasible solution from a food systems perspective?

AK: I would just say that we have enough belief in in the work that is going on under the Food System Summit that these solutions will come forward and come to light. So I will just leave it there.

TIME: It shows how much the world has changed that a UN envoy is willing to discuss GMOs, but not meat-free diets!

AK: The conversation is so polarized that I don’t want to add any fire. I want to leave it to the scientists.

TIME: Ok, let’s talk about insects instead. The European Union food safety agency just cleared mealworms for human consumption, following in the wake of a 2013 Food and Agricultural Organization report on insects as a healthy source of protein. What is it going to take to get the world eating more insects?

AK: Insects are 60% dry weight protein. I mean, honestly, why wouldn’t we use them? But we have to be able to put them in a form that is acceptable to different cultures and different societies. Overcoming the cultural barrier is going to be the most important thing when using insects in our diet. Some people are going to find no problem with it. There are a number of cultures here in Africa that already use insects in their diets, but there are other cultures that have completely refused, even though they are neighbors. I grew up in Uganda [as a Rwandan refugee] and one of the communities that that I grew up in eats termites. They were a delicacy. So we grew up knowing that this is one of the best foods to have, except our parents would not allow us to eat it. They would tell us that that’s not our culture; we don’t eat that. 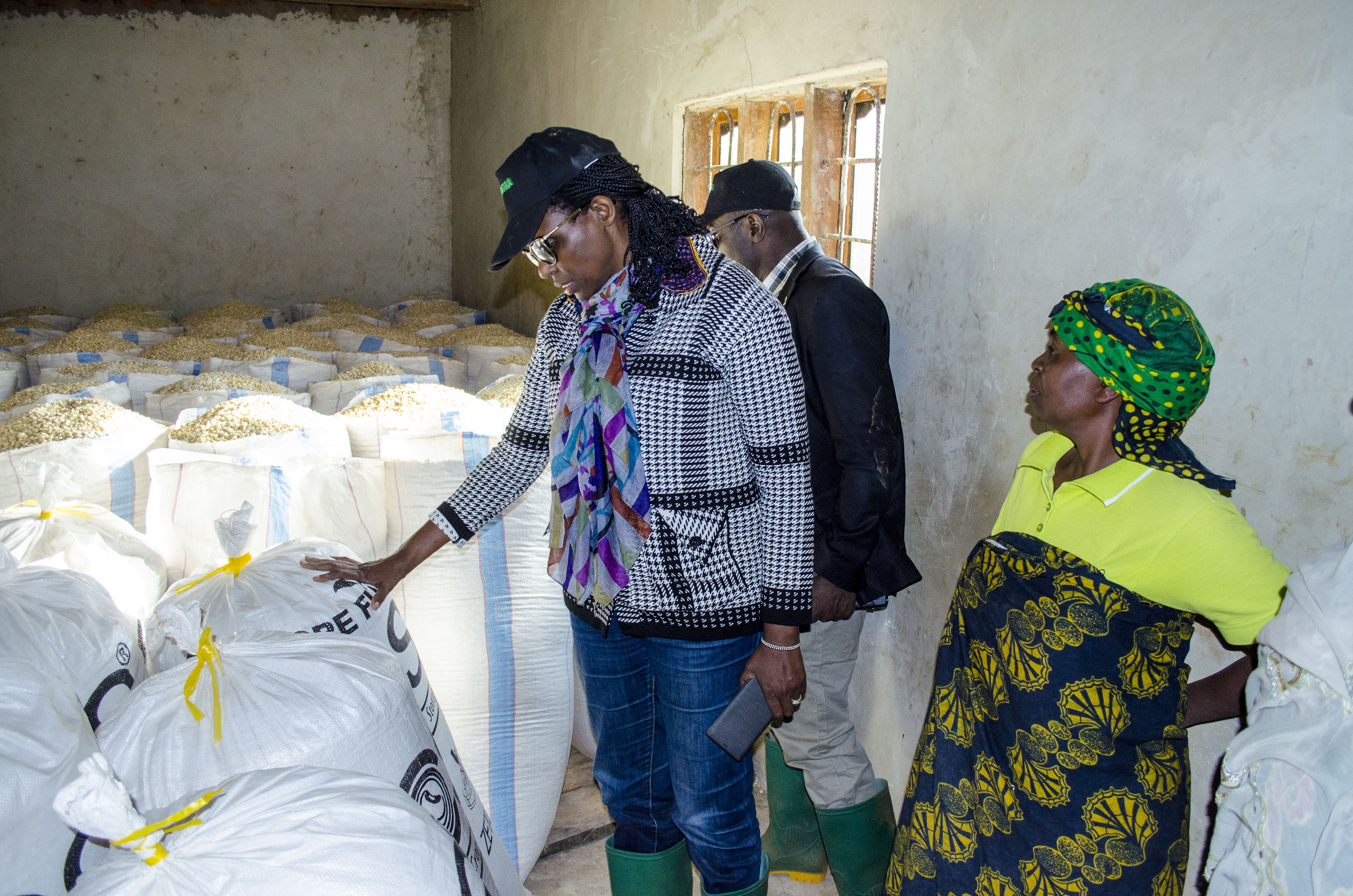 TIME: Did you eat them anyway?

AK: I would be lying if I said I listened to my parents. My friends were eating them, so I wanted to taste them. And they’re pretty delicious. Grasshoppers are delicious too. Just like shrimp, crunchy and nice.

TIME: Do you see a future in farming for the next generation?

AK: When I finished school I worked in research, at CGIAR, so I have a better sense of what research can do for people. I also was [Rwanda’s] Minister of Agriculture, and that’s why I have a very good appreciation of [what can be achieved] when science and policy meet. You can change communities overnight with the right technology and policies. When farmers can increase yields with the pieces of land they have, and improve their livelihoods, they will come. My dad didn’t understand the value of improved seed the way I understand it today. If I were a farmer, I would not farm the way he did. I would farm differently. I would try to make sure that I have an irrigation system, or maybe I’d grow a different crop than he did. Maybe I would grow avocados and macadamia nuts, where he grew maize, because that gives me more money for the same piece of land.

Young people are interested in farming, but the numbers have to add up. They will farm because they see an opportunity to improve their lives, to make money, and to use that as a starting point in their lives. So it’s not true that young people are not farming. At AGRA [Alliance for a Green Revolution in Africa, where Kalibata is President] only 9% of the farmers we work with are over 60. Fifty percent are under 35. The transformation of African food systems will come when young people are farming and making farming productive.

Get our climate newsletter. Sign up to receive One.Five and learn how the week’s major news story connects back to the climate crisis.

For your security, we’ve sent a confirmation email to the address you entered. Click the link to confirm your subscription and begin receiving our newsletters. If you don’t get the confirmation within 10 minutes, please check your spam folder.