The Top 5 Indonesian Blockchain Projects In 2020 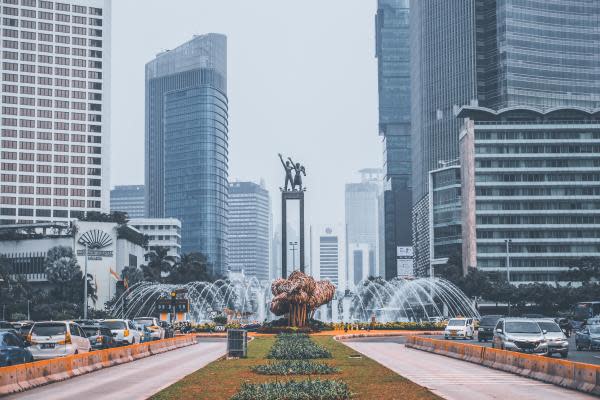 With blockchain making its debut in 2009 through the appearance of digital currency, Bitcoin, many countries deemed it as a threat to their financial structure. At that time, it was just a new medium for digital transactions that eradicated the need for a third-party such as a bank. But as the development of this nascent technology revealed its potential to disrupt almost every domain along with a plethora of benefits, blockchain soon gained traction by being regarded as the “New Internet”.

Unveiling new horizons of security, auditability, transparency, traceability, and efficiency, blockchain paves the way for creating an ecosystem of trust. Due to such potential, blockchain adoption has become a prominent factor in revolutionizing the world economy. Therefore, it comes as no surprise that Indonesia, working towards being a leader among the ASEAN group, has become the torch-bearer of blockchain adoption in the Asian sub-continent.

Indonesia’s predilection has resulted in a massive innovation growth for blockchain in the country, leading to a wide array of applications. Bank Indonesia (BI) announcing the launch of its own digital currency further escalated this trend. As of today, Indonesia is home to unprecedented projects in the blockchain space and has become a hub for blockchain innovation. Mentioned below are the top 5 Indonesian projects in 2020 which are at the forefront of this movement.

Mandi Token has taken the next step in disrupting the financial domain with the integration of blockchain. To combat the existing issues and limitations in the traditional investment structure, Mandi has created a new ecosystem of business investments by leveraging the concept of Tokens. These Tokens represent a real-world asset on the blockchain platform which means that a specific number of tokens will represent the value of an asset on a digital medium.

The user on the platform will be able to create and issue tokens which allows the investors to reap the benefits of revenue-staking activities. The tokens can’t be created just for any industry or asset. To make digital regulation feasible, the Mandi ecosystem consists of industries such as hospitality, mining, infrastructure, and commercial real estate. This ecosystem is referred to as the Mining and Infrastructure (MnI). The benefits include maximized liquidity, security, transparency, accessibility, and efficiency, apart from the exemplary revenue-staking facility, which eradicates the conventional problems. The whole process works through the creation of completely digitally sharable certificates backed by the power of blockchain.

This blockchain project marks a crucial step for Indonesia towards a trust-based digital economy in the modern era.

HARA token is the epitome of the extensive applications of blockchain. Recognizing the precedence of data in the agricultural sector, HARA has been developed as a data exchange platform built on top of a blockchain. Leveraging the immutable distributed ledger which introduces high levels of security and transparency, HARA provides valuable and untampered data to farmers along with other players in the agricultural sector. It has been operating since 2015 and is, therefore, one of the early blockchain projects in Indonesia.

The data acquired and stored on HARA includes information related to the farmer, land, and weather. This further promotes the step towards a data-driven world by providing valuable insights to not just the farmers but also to the various institutions in this sector. This data is also acting as the foundational element for the ongoing research involving rice production in Indonesia.

As a further enhancement, HARA has created a platform for loan digitization and disbursement which significantly improves the transparency in the system and eventually, the trust of the farmers towards the system.

As an initiative to promote the use of digital currencies, PundiX makes blockchain accessible to everyone. Ever since its inception in 2018, PundiX has been enjoying immense popularity mainly due to its abilities to provide faster transactions, easier cross-border exchanges, more financial inclusion, and replace the centralized system of fiat currencies. All this is achieved through the blockchain-powered devices developed by this Indonesian-based blockchain development organization.

Specifically in Indonesia, it has partnered with HARA to provision the farmers with blockchain-based point of sale devices. The farmers can be incentivized through these devices for providing their valuable data to institutions. The synergy aims to serve global agriculture by providing digital payment facility to the unbanked population.

EMURGO takes its name from a Latin word Emergere meaning “to bring forth”. This meaning fits perfectly to their work as Emergo is acting as a catalyst to the blockchain adoption. By providing a comprehensive set of services including development, training, and education of blockchain technology, Emurgo is truly evangelizing blockchain across the globe.

EMURGO Academy is a global blockchain learning solution which aims at establishing a global education program for blockchain. It has a strong global presence in countries such as Indonesia, Singapore, India, and New York.

Therefore, they provide end-to-end services to a business starting from the identification of blockchain usability, consultation for the most appropriate solution, the development, and finally providing the sufficient training to the company’s employees.

These projects are just the tip of the iceberg. The varying applications of blockchain and the nonstop innovation have created an atmosphere of excitement and optimism for its unrelenting adoption. The uniqueness and the magnitude of such projects lead to the conclusion that the future of blockchain in Indonesia is as bright as it can be.

Disclaimer: at the time of publishing, the writer is an informal advisor to Mandi and has a personal relationship with their executive team.
Photo by ekoherwantoro on Unsplash

© 2020 Benzinga.com. Benzinga does not provide investment advice. All rights reserved.