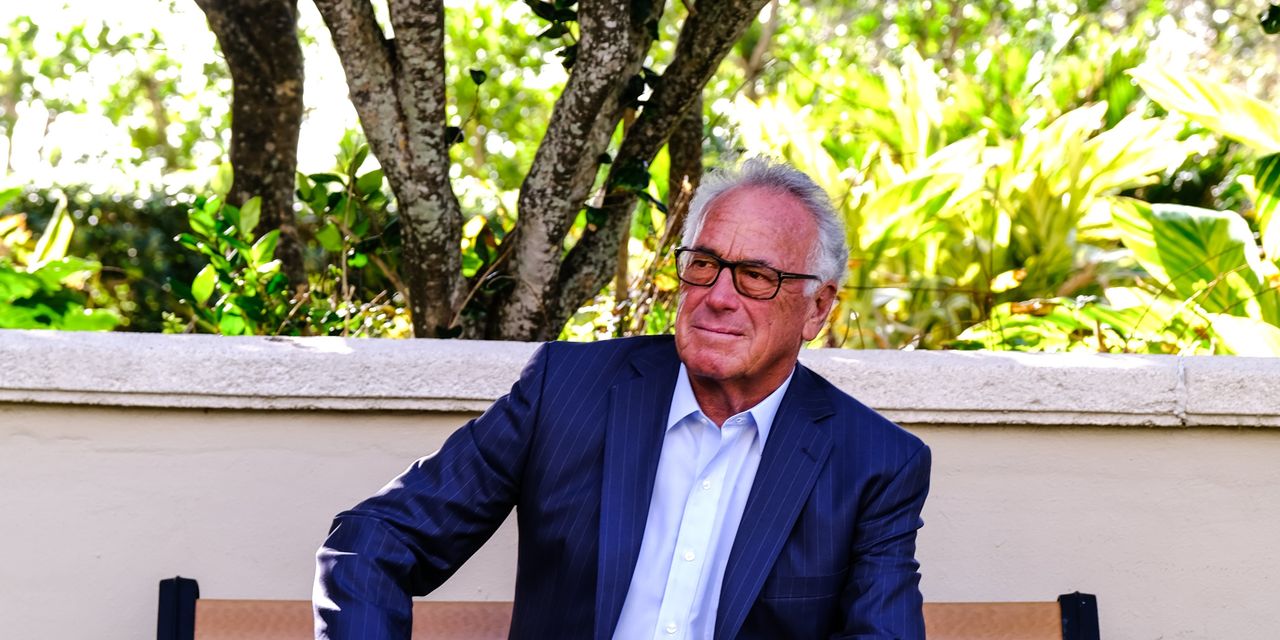 The flashiest trend in finance traces back three decades to a pair of old law-school buddies. Now, they are finally cashing in.

—known to each other as “Nuss” and “Miller”—invented the special-purpose acquisition company in 1993 to give private firms another way to access everyday investors. SPACs were rarely used and obscure for much of their careers, but are now all the rage—attracting the biggest names in finance, technology and entertainment. Messrs. Nussbaum and Miller have never been busier.

Also called blank-check companies, SPACs are shell firms that list on a stock exchange with the sole purpose of combining with a private company to take it public. They have become a popular way for startups to access individual investors and a cash cow for the wealthy individuals who create them. SPAC founders now include everyone from hedge-fund manager

A pre-markets primer packed with news, trends and ideas. Plus, up-to-the-minute market data.

SPACs have raised nearly $75 billion this year and now account for more than 70% of all initial public offerings, up from 20% two years ago and a negligible total for much of the past 20 years, according to Dealogic.

The products’ sudden ubiquity has been jarring for Messrs. Nussbaum and Miller, who watched their product struggle for nearly three decades. Many on Wall Street were suspicious of SPACs because their predecessors were called “blind pools” and tied to penny-stock fraud in the 1980s.

Messrs. Nussbaum and Miller met at New York University Law School in the late 1970s before going on to work at law firms. Mr. Nussbaum decided to open his own brokerage in the late 1980s, then was involved in a blind-pool deal that inspired him to begin work on the SPAC.

In the early 1990s, the Davids spent over a year working with regulators to install protections for investors and other changes to prevent fraud before completing the first blank-check firm. Among them were the right for a SPAC’s investors to get their money back before a merger with a private company goes through. They also beefed up disclosure requirements ahead of such deals. Those features are now touted by blank-check company bulls.

Still, SPACs struggled to compete with traditional initial public offerings and other methods for raising money until splashy names like sports-betting firm

started using them to go public in recent years and more startups began using them to make projections to investors—something that isn’t allowed in a traditional IPO.

“It’s become bigger than anyone expected,” said Mr. Miller, a 66-year-old from Queens, N.Y., who is managing partner at law firm Graubard Miller and still has stacks of regulatory documents from the first blank-check companies because they were created before Securities and Exchange Commission filings were digitized.

Even though shares of many SPACs and companies that have merged with them have struggled lately, DraftKings and other popular stocks like electric-car battery company

are still up about 55% or more in the past six months. An index of companies that recently went public is up more than 30% in that span.

Graubard Miller has a 10-person corporate law department and has been involved with about $6.3 billion of SPAC deals so far this year, according to data provider SPAC Research, already topping its 2020 total and making it one of the top 10 advisers in the sector along with much bigger law firms on Wall Street.

Bankers and lawyers earn fees when blank-check companies are created and when they complete deals to take private companies public. They can also make money helping SPACs raise additional funds to acquire startups.

How long do you think the SPAC boom will continue, and why? Join the conversation below.

Mr. Nussbaum’s 25-person investment bank is also benefiting from its co-founder’s role in forming the SPAC. Nearly all of EarlyBird’s business is from SPACs, and it has been involved in creating blank-check firms worth $2.3 billion so far in 2021, eclipsing its total from last year and keeping the company among the 15 most active banks in the area. Whenever EarlyBird does a SPAC transaction, every employee gets a bonus, Mr. Nussbaum said.

Critics of the blank-check boom warn that the high volume of deals done by smaller banks is a signal that the SPAC surge has gone too far because those deals often feature less heralded investors and companies.

The firms that have recently become worth billions of dollars in SPAC deals involving Messrs. Nussbaum and Miller include agricultural-technology company

and electric-car battery maker Microvast Inc. Both men say their experience is helping them reel in more mergers.

“I am really happy for them,” said

a venture capitalist who ran the first SPAC Messrs. Nussbaum and Miller worked on in 1993. “They put in a huge amount of work and from some people took a lot of grief.”

The blind-pool deal that prompted Mr. Nussbaum to begin work on SPACs in the 1990s took toy maker THQ Inc. public. THQ shares initially soared thanks to the popularity of a game tied to the movie “Home Alone”—the company eventually went bankrupt many years later—inspiring Mr. Nussbaum to look more closely at the blind-pool structure.

Shortly after that deal, he contacted Mr. Miller to add more investor protections to the process. Those changes eventually led to the 1993 SPAC—Information Systems Acquisition Corp. The company raised $12 million and eventually combined with a software firm. That company was later acquired by

Messrs. Nussbaum and Miller initially had a trademark on the name “SPAC,” prompting others to create similar vehicles with different acronyms like “SPARC” and “TAC.” The founders eventually let others use “SPAC” and more were created, but the dot-com boom of the late 1990s made traditional IPOs more popular and blank-check firms fell out of favor.

At the time, Mr. Miller wondered if SPACs were a “one-trick pony” that might go away completely. He and Mr. Nussbaum continued working on traditional IPOs and other deals. In 2000, Mr. Nussbaum co-founded EarlyBird Capital.

Following the internet bust, Mr. Spector approached Messrs. Nussbaum and Miller about doing the first SPAC of the new millennium.

used them as deal-making tools, but the financial crisis again interrupted the volatile market.

Investor returns in SPACs were muted until early-stage, high-growth companies like space-tourism firm

started merging with them in 2019, a key shift that returned blank-check firms to their original purpose, Messrs. Nussbaum and Miller said.

Both men said they now plan to work until it is no longer fun. Like others on Wall Street, they acknowledge that the current pace of SPAC activity isn’t sustainable. But for now, they are thrilled after overcoming years of resistance.