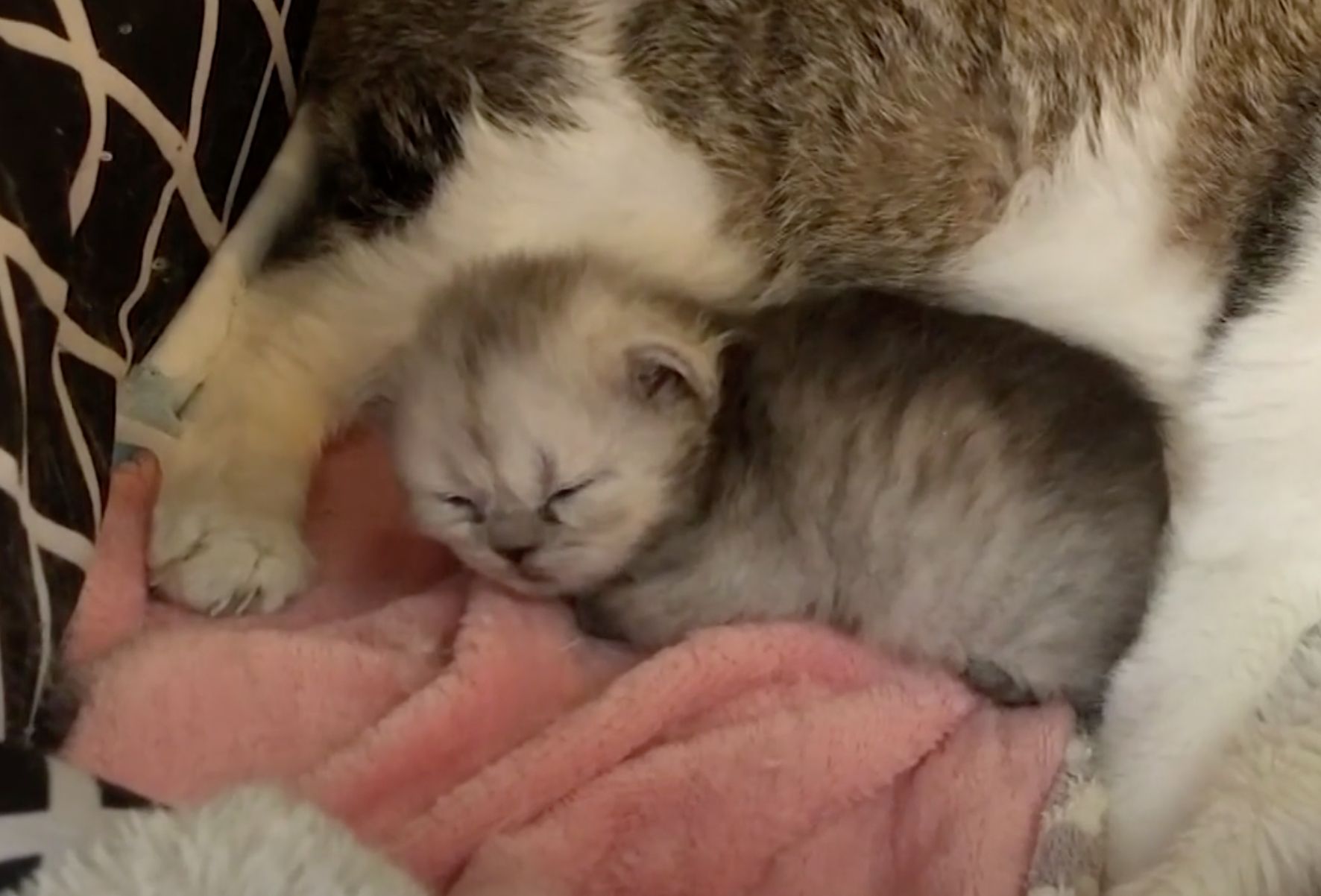 Scientists in China have cloned a cat for the second time. State media Xinhua reported that the first cloned cat in the country was born in July 2019.

Ping An, whose name means “safety,” was born on Dec. 24, 2020, at the Qingdao Agricultural University in the Shandong Province. The kitten was cloned from a mixed-breed house cat and weighed less than 1 lb with white fur, grey eyes, long hair and a flat face.

Researchers were able to immediately determine the cloning was successful because of the cat’s distinct appearance. A cat with more generic characteristics would require more testing without the visual signifier.

While Ping An looks identical to the cat it was cloned from, Ping’s personality will likely be different since that component is shaped by environment not only genetics.

Zhao Minghui is the associate professor at Qingdao Agricultural University who led the research. After witnessing people’s heartache after losing pets, he wanted to find a solution.

“At that time, I thought that if I could use the clone technology to bring their dogs back to life, it would be a meaningful job,” Minghui told the Associated Press.

The professor previously cloned a police dog on a different research project in South Korea in 2016. He later started the project to create Ping An in June 2020.

The researchers used a skin sample of the pet cat the size of a fingernail to start the process.

“Some of the cells were later injected into cat oocytes, cells in an ovary, which had their genetic material removed, creating couplets, which means embryos in cloning,” the Associated Press reported. “The couplets were then put into the body of female cats that served as surrogate mothers.”

Three of the seven surrogate mothers became pregnant. Ping An is the first born while the other two others are expected to give birth in late February of 2021.

Zhao hopes the technology will be used to study cat pathogens, diseases and help other species of endangered felines.

“We can use this system to conduct gene editing and produce gene-edited cats and gene-edited cells to study the pathogenesis of some cat diseases or develop medicine,” Zhao told the Associated Press.

In The Know is now available on Apple News — follow us here!

If you enjoyed this article, you can now turn yourself into a 3D hologram thanks to the Switzerland-based startup.

More from In The Know:

The 3 most affordable meal delivery kits for cooking at home

Get In The Know
delivered to
your inbox daily.

We’re keeping you In The Know on the stories that matter to you.

art museums near me