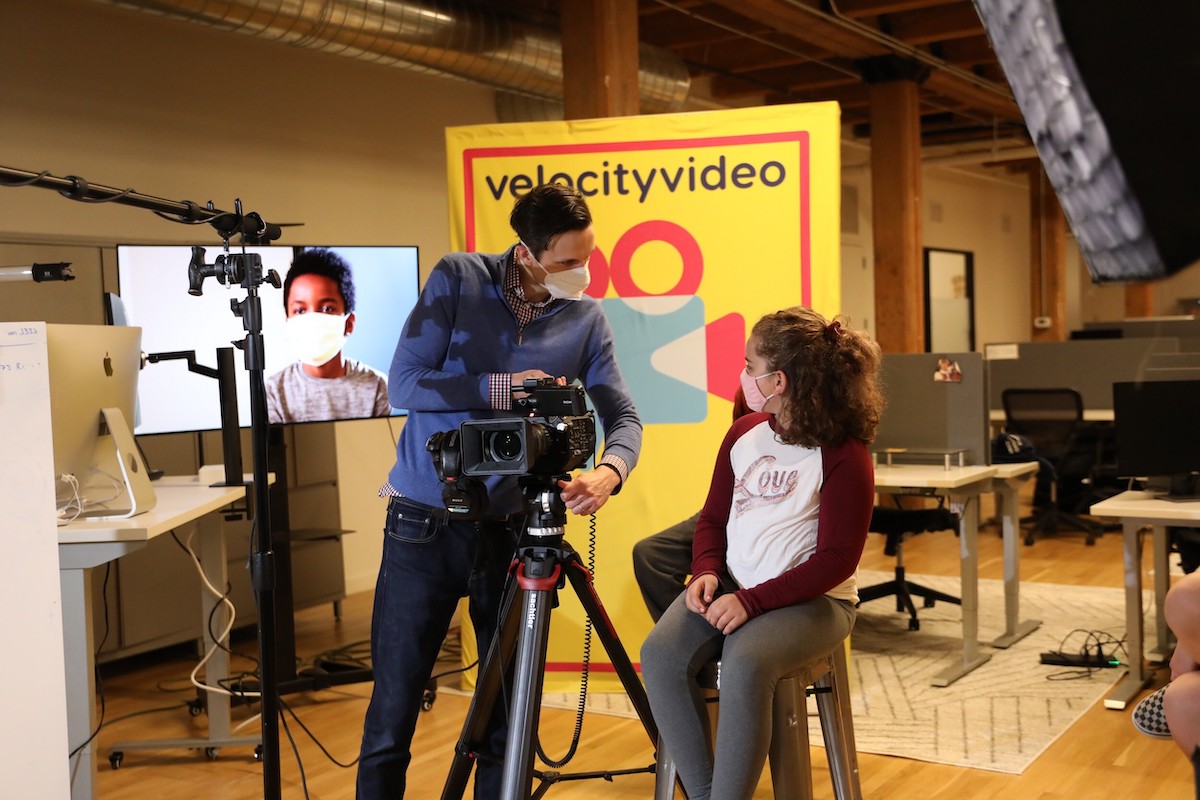 Quiz your tween or teen about their screen time and they may confess that they’re watching video content — hours of compelling stories told through short videos. If YouTube, TikTok and Twitch are a big part of your kid’s downtime, maybe it’s time to recognize the value of video, not just for fun, but for building important technology skills for their future success.

Video isn’t simply entertainment, it’s the present and future of business, says Thatcher Kamin, Executive Producer with Taste Media Group, a professional video production company in Chicago. “It’s true that some 75% of kids between the ages of 6 and 17 want to become YouTubers, but we also know businesses are looking to hire candidates that have video production skills, and that’s relevant for all industries and any career field,” Kamin says.

As Founder of Velocity Video, a community for creative families centered around video production, Kamin is passionate about helping kids learn more about video production — and all of the skills that go into it. At Velocity Video, kids ages 8-18 can learn how to express themselves creatively, guided by the significant professional experience of Kamin and his colleagues at Taste Media Group.

“We are so excited to teach the processes of creating video we have developed at Taste Media Group to the next generation and get them thinking this way. We are not a film school, but we focus specifically on video,” Kamin explains. “More and more companies are moving in this direction, so kids might eventually work for a company doing in-house video, or at an agency. At Velocity Video, they’ll learn the process of creating video and thinking critically and creatively about video production.”

Technology skills and so much more

Kids who love to consume video may be surprised by the process behind that video’s creation. And, just because they watch a lot of video doesn’t mean they automatically know how to effectively create video. Through Velocity Video, in addition to technical skills of production, lighting and editing, kids will gain all the “process” skills needed to create a narrative story, says Kamin.

Over five weeks, each student at Velocity Video will create one short video of their own choice and learn everything involved, from pre-production to post-production. Any kid who is interested in video production or who is creative in general will thrive in this environment, says Kamin. “This is great even for kids who are involved in athletics and enjoy the team building and camaraderie and want to apply it to something new,” he says. Students can choose to create video right on their phones or use equipment at Velocity Video.

Planning, working to deadline, learning how to ask questions, listen actively and follow up, encouraging responses in full sentences, troubleshooting and problem solving are all skills kids will learn at Velocity Video.

“We’ll be thinking through the process and talking about all the things that go into conceptualizing and executing, even on location,” he says. “We acknowledge that just making eye contact during an interview is a big thing for a 13- or 14-year-old to do. It’s a level of trust that you are paying attention and it’s one of those little things that when they get the hang of, they’ll really see the difference on video.”

All of these skills can be applied to video production, but are also life skills, Kamin says. “Accountability, scheduling and personal responsibility are all important skills to have, especially when creating a video for a client,” he says, adding that even the youngest kids can learn these important life skills.

“I have a lot of confidence in 8- and 9-year-old kids. The cool thing is this is a creative field, so age doesn’t matter. It’s really about the ability to create, day in and day out. They watch videos all day long and know how to use a cellphone. They know what’s up and we need to give them these skills earlier in their journey and get them thinking this way.”

And, by mastering effective communication through the accessible medium of video, kids can learn to share even the most complex topics and ideas in ways that will help differentiate them in higher education and career.

A larger goal for Velocity Video is to be a creative community for families in Chicago — whether they are already working in the creative industry or just want to learn something new.

“We’re really excited to bring this to kids and their families. We’re interested in giving kids the process and tools they’ll need to be successful with it. If one kid comes out of Velocity Video and finds a career in video production, that would be great,” Kamin says. “There’s so much opportunity in video and we really want to create a community in Chicago around video production for creative families.”

Learn about Velocity Video and register for an upcoming video production course at velocityvideoclass.com.