Bill Gates Wants Us to Eat 100% Synthetic Beef. He Has a Point. 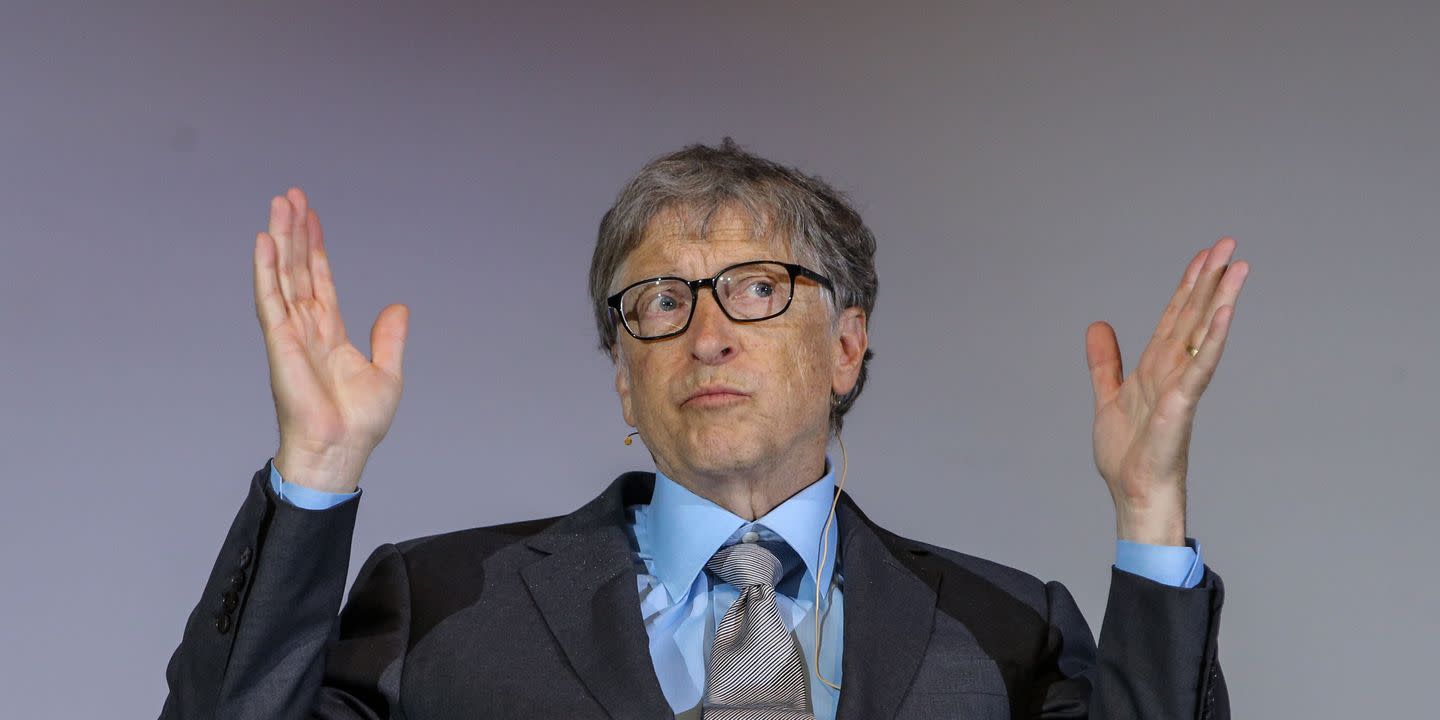 Bill Gates has a big idea to fight climate change. The Microsoft cofounder and chair of the investment fund Breakthrough Energy Ventures recently suggested that “all rich countries should move to 100% synthetic beef” in an interview with MIT Technology Review.

Why is Gates, a direct and indirect investor in brands like Beyond Meats and Impossible Foods, pushing for synthetic meat—particularly synthetic beef—as a climate solution?

As The Western Journal points out, the Food and Agricultural Organization predicted a global shortage of protein-rich foods following the COVID-19 pandemic wake of the coronavirus pandemic, and approximately one billion people in the world suffer from protein deficiency, according to the Cornell Alliance for Science.

In wealthier nations, then, synthetic beef is a good place to start to solve that protein problem—and slow the effects of climate change, too. Here’s Gates, via the Technology Review:

“You can get used to the taste difference, and the claim is they’re going to make it taste even better over time. Eventually, that green premium is modest enough that you can sort of change the [behavior of] people or use regulation to totally shift the demand. But […] the politics [are challenging]. There are all these bills that say it’s got to be called, basically, lab garbage to be sold. They don’t want us to use the beef label.”

Different agricultural and food lobbies around the world have pushed for regulation so that, for example, consumers can legally complain that vegan restaurants don’t serve them animal products. These same kinds of laws also protect consumers from “chocolate flavored candy” instead of chocolate, for example, or “processed cheese food” instead of cheese. But lately, products like Beyond Meat have made headway in being shelved next to the real meat where consumers can see and grab them.

This is good, because the problem Gates is identifying is huge. Agriculture accounts for 10% of greenhouse gas emissions in the U.S. alone, where we have some of the most efficient agriculture in the world to produce our meat and dairy. Gates says developing nations with less advanced farming have an even longer way to go toward agricultural carbon neutrality.

When Gates refers to synthetic meat, he’s likely talking about the growing market of very sophisticated vegan meat alternatives like Beyond Meat, but he’s also an investor in at least one true “lab meat” startup. These companies grow individual chunks of muscle tissue—that’s what meat is—separately from any living animal.

Why is beef such a focus for these companies? Because raising beef uses a lot more resources than poultry or even pork, per Smithsonian, making beef a key item that suppliers are keen to replace in consumers’ minds. “If you want to help the planet but can’t bring yourself to give up meat entirely, eliminating beef from your diet is the next-best thing,” Smithsonian reports.

The startup Mosa grows meat in laboratory settings after harvesting a “peppercorn size” amount of cells from regular livestock cows who are then returned, almost unscathed, to their fields. The cells are cultured and grown into muscle and fat tissues. “Fibres from one sample grow to 800 million strands of tissue,” says Mosa, which is led by lab meat pioneer Dr. Mark Post, who developed the first ever lab meat hamburger in 2013.

Meanwhile, Memphis Meats, which Gates namechecked in the Technology Review interview, wants to avoid animals altogether whenever possible—including by harvesting cells from procedures like animal biopsies, where cells would be discarded. Memphis Meats makes ground beef, as well as lab-grown chicken and duck. So far, neither Memphis Meats nor Mosa is on any menus, with the economically depressed restaurant scene of 2020 putting a serious damper on development. Mosa believes it will have a menu-ready product by 2022.

But in Singapore, the U.S.-based Eat Just’s lab-grown chicken nuggets will debut on menus soon. In December 2020, Bloomberg taste-tested the lab chicken and complimented the texture and taste. Post’s original lab-grown burger passed taste tests in 2013, too. It seems the hurdle between lab meat and the market is still its astronomical cost, which makers hope to continue to drive down as technology and scalability advances.

In the Technology Review interview, Gates specifically cited Impossible Foods and Beyond Meat as examples of scalable technologies that could reach consumers more quickly. As for the “cellular” kind of lab grown meat? “I don’t know that that will ever be economical,” Gates admitted.

Beyond Meat combines peas, beans, brown rice, and natural fats like coconut oil to make patties that sizzle and texturally resemble beef. Impossible Foods uses soy and potatoes. Both companies focus on making specifically a burger patty, an iconic piece of meat that vegan “meat” advocates believe is a key place to win over consumers.

Why is this issue so pressing? If 10% of U.S. emissions isn’t enough of a splash of cold water, Mosa explains, demand for meat is predicted to increase 70% by 2050 as more countries in the developing world gain wealth to further diversify their diets.

Eating meat is a major global marker of wealth, and experts suggest offering alternatives is more effective than warning of the emissions dangers of beef cattle, for example. Pragmatism will serve humankind well as we dramatically curb emissions.

Will RI’s farmland be replaced by giant greenhouses?

Will RI’s farmland be replaced by giant greenhouses?