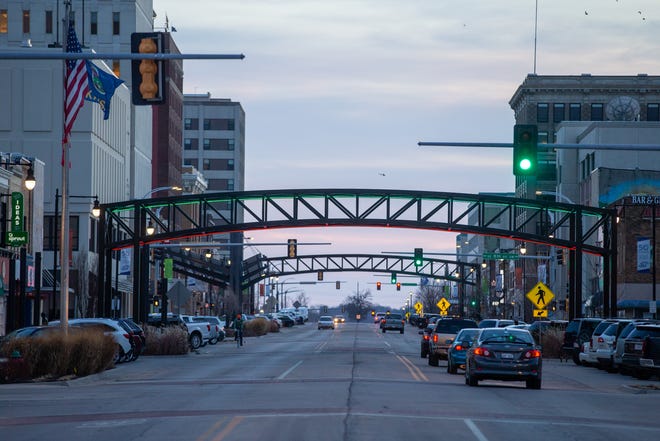 Funding has been set aside for a local innovation campus that is considered integral in advancing Topeka’s partnership with Silicon Valley-based Plug and Play.

At Wednesday night’s meeting of Topeka and Shawnee County’s Joint Economic Development Organization, board members voted to approve up to $5.871 million in funding to build a state-of-the-art innovation campus near downtown Topeka.

More:15 startups are vying to be part of Topeka’s next Plug and Play accelerator cohort

“It’s a big ask, but it’s a phenomenal situation that we’re in,” said Topeka Mayor Michelle De La Isla, who added approval of the funding is “historic.”

“Mark this day in your calendar, and 10 years from now, let’s take a look at what’s happening,” she said, “because I think this could be transformational. This is the type of investment that our community is worthy of.”

The innovation campus, which has largely been driven by the work of Katrin Bridges, senior vice president of innovation for GO Topeka, is expected to house research labs, co-working space, meeting rooms and other resources for entrepreneurs in the area, and startups coming to Topeka to participate in the local Plug and Play accelerator.

The exact location of the campus hasn’t yet been disclosed but is expected to be downtown and take up 60,000 to 70,000-square-feet.

“In short, it will be the place where Topeka’s new economic development strategy of investing in entrepreneurs and innovation in animal health and ag-tech takes root,” Bridges said.

Animal health and agricultural technology is the focus of Topeka’s Plug and Play accelerator program, which was announced in 2019 and kicked off last year.

More:‘Culture of innovation’ — Topeka looks to capitalize on Plug and Play partnership

Moving forward, the program is expected to bring a minimum of 10 startups to Topeka biannually for three-month-long sessions aimed at connecting the startups with resources and corporate contacts and helping them grow. The hope is that some startups will choose to set up shop in the area after completing the program.

Plug and Play has said previously that startups going through its accelerator have an average success rate of about 70%.

Doug Wolff, president of Topeka-based Security Benefit, said his company has worked with Plug and Play previously through the platform’s other startup accelerators focused on developing new financial and insurance technologies.

He has been to Plug and Play’s main campus in California and said it serves as a hub for entrepreneurs and innovators who learn from each other, and as a place where “there is always a lot going on.”

And he could see something similar stemming from the construction of a local innovation campus.

“I think this would really be the next step in Topeka’s relationship with Plug and Play,” Wolff said. “And I think it would help cement this relationship for the long term.”

In total, the innovation campus is expected to cost about $13 million and should result in an economic impact over the next 10 years of more than $1.3 billion, including the creation of 20 to 40 new full time jobs.

What Does Software Developer Mean?