The Risks and Rewards of Agriculture Investing 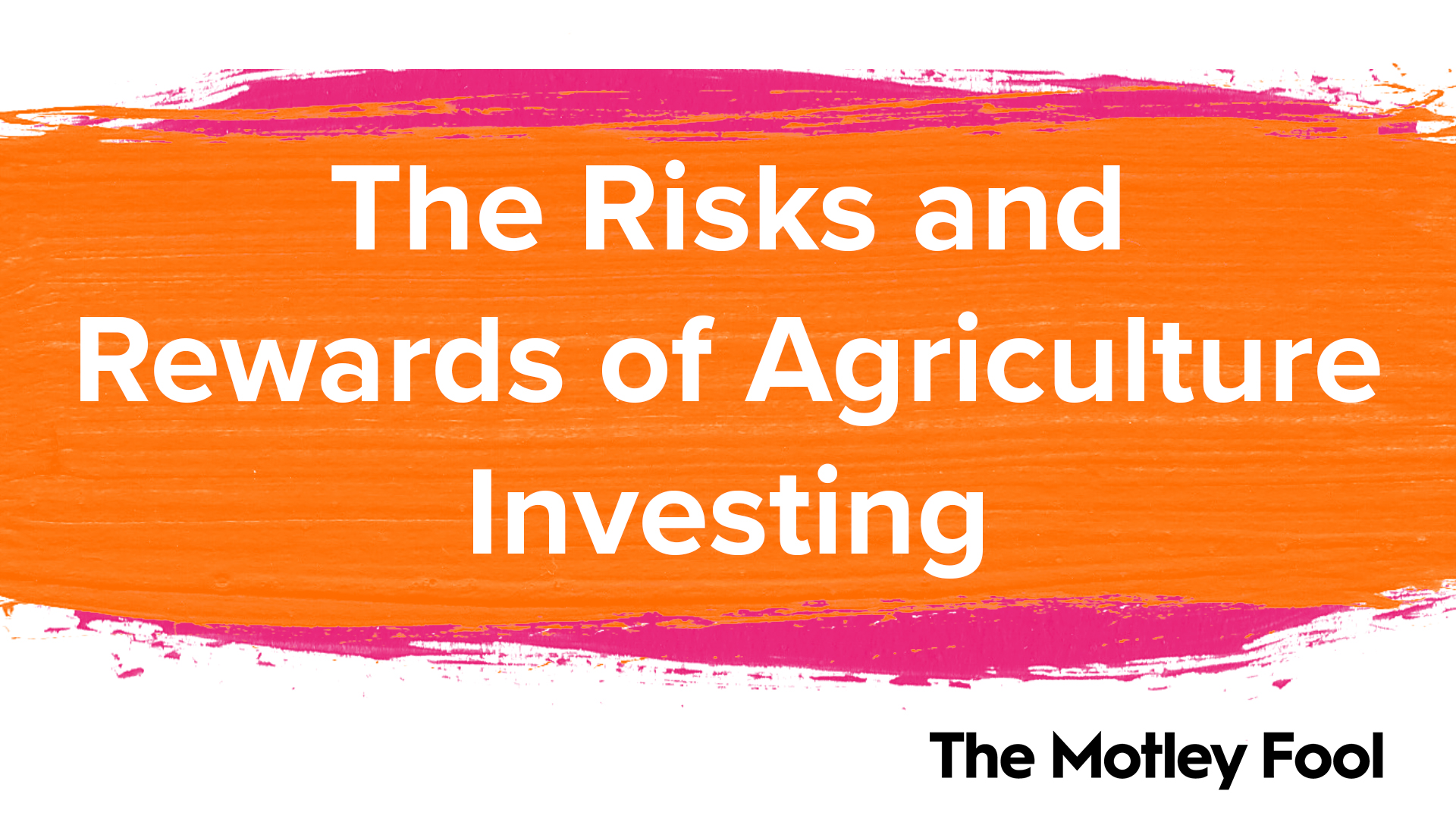 The agricultural sector is often off the beaten path for investors, but it can be attractive for those in search of income in their portfolios.

In this video from Motley Fool Live recorded on Jan. 28, Industry Focus host Nick Sciple and Motley Fool contributor Lou Whiteman went through the pros and cons of investing in agriculture.

Nick Sciple: When we look at this agricultural sector, before we get into some of these companies, can you talk about the pros and cons of investing in the sector? What are the opportunities there and then what are some risks involved?

Lou Whiteman: The opportunities, when things go right, this is a very income-rich industry. This is a good industry to hold if you are in the portion of your investing life where you are looking for dividends, you’re looking for steady income. But there are risks you need to look into. This is a hugely cyclical industry and it doesn’t really follow the economic cycle, so it can catch you off guard. Again, from the USDA, net farm income was $134 billion in 2013. Four years later, that had dropped $80 billion. That’s a 40% drop in four years. That’s the second one of these cycles we have seen so far this century. A lot of things go into this. The weather in the U.S., the weather overseas where we’re competing against. Crop yields can lead to supply and demand getting out of whack. That means less money coming in. That means less money for farmers to invest in technology, chemicals, all of that. It ripples through for years and we do see, maybe not the Grapes of Wrath sort of thing, but we do see these boom and bust cycles. It is something to worry about, because you’re not going to see a steady stream year after year on this. There’s just too many macro factors that weigh into it.

Sciple: Right, an act of God literally, I think, can impact the whole area. Sometimes there can be something that’s correlated, and you mentioned the Dust Belt. I don’t know if we’re going to have something like that again in the future, but there can be things that are correlated across the whole asset that could impact things. I think one other thing to point out is just regulatory risks. One example folks think about is Monsanto [now part of Bayer]. When you throw out Monsanto now, Monsanto is the worst company ever. At one point in time, Roundup was a revolutionary chemical, and was really the game changer when it came to herbicide, that sort of thing, getting weeds out of farmland. But now, it’s this huge liability, it’s albatross around the company. Some of these long-lasting liabilities can impact some companies in this space.

The Idea Of Beauty Is At All Times Shifting Right Now, Its Extra Inclusive Than Ever.