The 7 Best ETFs For Marijuana Bulls To Buy Right Now 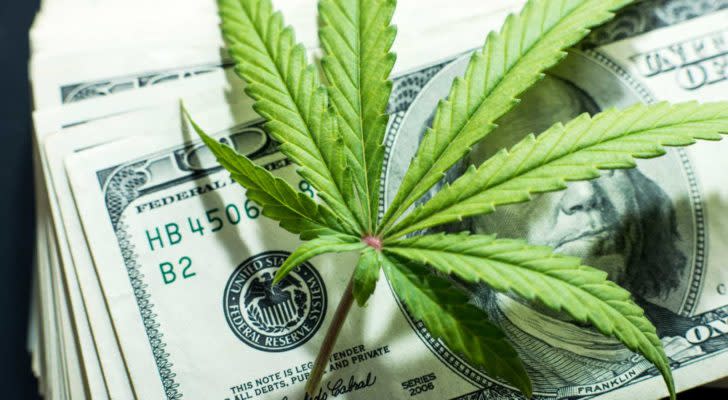 Helped by Election Day results in the U.S., marijuana stocks are experiencing a renaissance of late. It’s not yet a replay of 2018, but plenty of cannabis equities and related exchange traded funds will exit 2020 with their best performances in some time.

It’s not just optimism surrounding the incoming Biden Administration and how the president-elect can affect marijuana stocks for the better. On Election Day, every state that had a medicinal, recreational or both initiative on the ballot said “yes.” That includes a group of deeply conservative and swing states, indicating attitudes toward legal cannabis are changing and no longer confined to the likes of California, Colorado and Washington.

With that in mind, here are the 7 best ETFs for marijuana bulls to buy right now:

While things are looking up for the U.S. cannabis market, there are still plenty of risky equities in the space, many with small price tags and even more diminutive upside prospects. In other words, stock picking in this arena is difficult, which explains why many investors prefer exchange traded funds.

The Alternative Harvest ETF, the original ETF dedicated to marijuana stocks, is back in style as it recently marked $1 billion in assets under management. That’s a prestigious mark for any ETF, particularly a thematic fund like MJ.

Although it’s still saddled with a double-digit year-to-date loss, MJ is proving sensitive to the aforementioned political tailwinds in the U.S., as the ETF now sports a fourth-quarter gain of 40.26%. More recently, MJ got a bit of boost on news of Aphria (NASDAQ:APHA) targeting rival Tilray (NASDAQ:TLRY) for a merger. Those two stocks combine for nearly 17% of MJ’s roster.

With 82.1% exposure to the U.S., according to issuer data, MJ should benefit as cannabis laws here liberalize. However investors should scrutinize this exposure because the bulk of the fund’s biggest components aren’t U.S. growers. Rather they’re Canadian firms waiting on their moment south of the border.

Speaking of exposure to U.S. growers, also known as multi-state operators (MSOs), the AdvisorShares Pure US Cannabis ETF is the first ETF with an explicit focus on the U.S. weed market. With its September 1 debut MSOS was the only new cannabis ETF to come to market this year, but it has proven investors want MSO allocations, as highlighted by $183.45 million in assets under management. That makes this one of the year’s most successful rookie thematic ETFs.

Beyond that superlative, the new fund has confirmed the benefits of its domestic focus, returning 44.3% since inception. Plus, as an actively managed ETF MSOS dodges index constraints, allowing it to feature exposure U.S. growers, most of which trade over-the-counter (OTC). OTC stocks are usually ignored by traditional equity indexes.

In addition to a 58.4% weight to MSOs, the AdvisorShares ETF features exposure to six other industries, including real estate, financial services and cannabis pharmaceuticals producers. The fund is a solid idea for investors seeking smaller marijuana stock exposure, as mid and small caps combine for 86.8% of the roster.

The AdvisorShares Pure Cannabis ETF is the older stablemate to the aforementioned MSOS, and like its new counterpart, YOLO is actively managed. In fact, YOLO was the first actively managed weed ETF ever. While active fund managers consistently encounter difficulty beating benchmarks to justify their high fees, YOLO proves active management can and does work in the cannabis space, up 41.77% year-to-date.

That performance is good enough to make YOLO one of best-performing marijuana ETFs, and flexibility is one of the reasons behind this fund’s impressive showing. YOLO allocates 61.5% of its weight to domestic marijuana stocks, including many of the OTC names dwelling in MSOS. But YOLO’s exposure to those names is synthetic and comes by way of derivatives.

Dan Ahrens manages both MSOS and YOLO and “believes today’s new era can be viewed in similar regard to post-Prohibition, commencing a growing acknowledgement and understanding of cannabis and its uses among a mainstream audience. The industries that comprise the multi-billion dollar cannabis universe represent a new frontier, where proper caution and due diligence must be exercised surrounding its regulations and risks, in seeking attractive long-term cannabis investment opportunities,” according to AdvisorShares.

One benefit of CNBS, made evident by a 34.51% year-to-date gain that far outpaces passive rivals, is an emphasis on purity. This fund doesn’t hold derivative plays or tobacco stocks, only those that derive “80% of the portfolio companies with 50% or more of their revenue from the cannabis and hemp ecosystem,” according to the issuer.

The bulk of CNBS’s holdings are retail, pharmaceuticals, cultivation firms or makers of cannabis-infused products or real estate names, as well as providers of agricultural technology or companies engaged in cannabis finance, technology and manufacturers of consumption devices.

The Cannabis ETF is one of the more cost-effective cannabis ETFs and a straightforward approach to the favorable regulatory environment setting up in the U.S., Mexico and other countries. And that much is reflected by fourth-quarter gains of 48% for THCX.

“To put the opportunity into perspective, the global cannabis market is estimated to reach $630 billion by 2040 up from $12 billion today,” according to the issuer.

THCX holds 29 stocks across eight industries with a median market capitalization of $204.2 million, indicating the fund tilts toward the smaller side of the marijuana stock universe. The fund features some exposure to British equities, but the U.S. and Canada are the markets that will chart the course for THCX.

The Global X Cannabis ETF, which tracks the Cannabis Index, has at least one thing in its favor: With annual fees of just 0.50%, it’s almost the least expensive fund in this category. POTX has a concentrated lineup of 18 stocks and, like many of its passive peers in this space, is heavily allocated to Canadian marijuana stocks. That country accounts for over 78% of the fund’s geographic exposure.

To that end, POTX levered to growth north of the border and in the medicinal marijuana trade because pharmaceuticals and healthcare facilities combine for 93% of the ETF’s roster. The upside of that is some POTX components do offer investors avenues to growth in the U.S. and there is plenty of growth to be had in the cannabis market.

“Considering only ten years ago recreational cannabis was illegal in all 50 states, these results present a nationwide push to relax cannabis’ laws,” according to Global X research. “After these initiatives, 33% of the population will have access to legalized cannabis for adult use and 70% of all states have legalized cannabis for medical use.”

Two big things to like about the Cambria Cannabis ETF. First, it’s actively managed. Second, that annual fee of 0.42% is cheap by the standards of any actively managed fund, and the lowest in the cannabis ETF category.

There’s another perk to TOKE being an active fund. It’s area of focus is micro-, mid- and small-cap stocks, groups that lend themselves to benefiting from active management in the marijuana stock landscape. TOKE’s lineup, though concentrated, is diverse at the industry level.

Constituents include “companies across a range of market capitalizations that derive a significant portion of revenue from the legal sale, cultivation, production, or provision of cannabis-related products, services, or research,” according to Cambria.

Bottom line: TOKE offers value for active management in an asset group where stock picking can be tricky for any investor.

On the date of publication, Todd Shriber did not have (either directly or indirectly) any positions in any of the securities mentioned in this article.

Todd Shriber has been an InvestorPlace contributor since 2014.

The post The 7 Best ETFs For Marijuana Bulls To Buy Right Now appeared first on InvestorPlace.