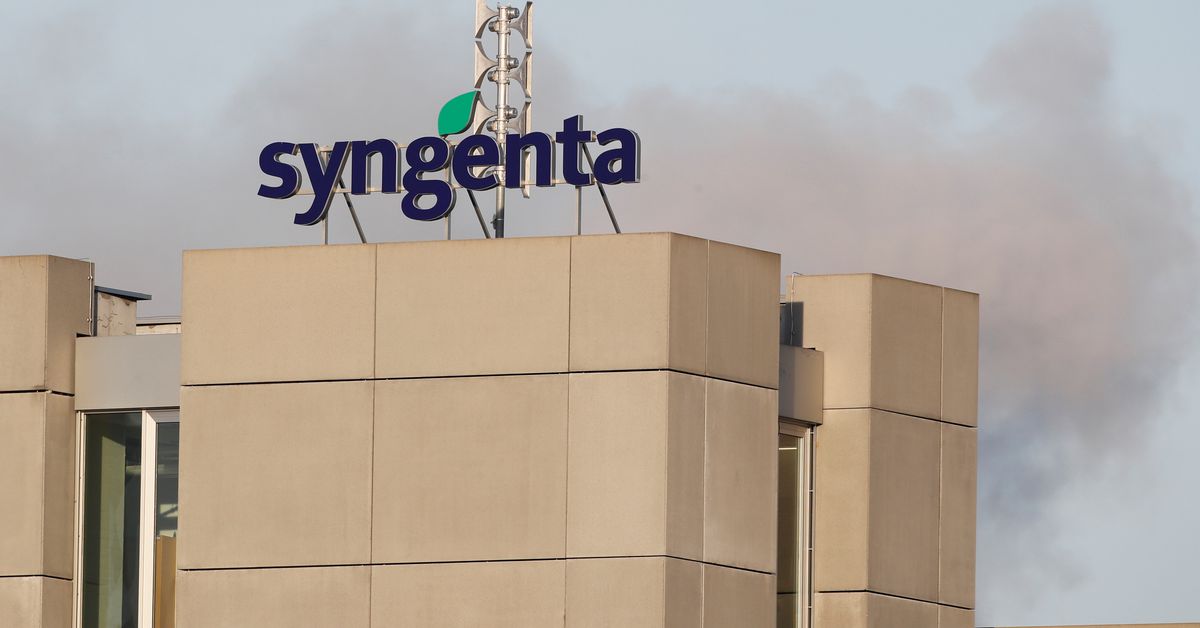 HONG KONG/ZURICH, July 2 (Reuters) – Syngenta Group will use the proceeds from its $10 billion initial public offering (IPO) to fund internal growth and an acquisition spree to snare more of the $100 billion market for seeds and sprays, the agrichemical giant said on Friday.

The company’s prospectus to list on Shanghai’s Nasdaq-style STAR Market was posted online by the Shanghai Stock Exchange on Friday, confirming details reported this week by Reuters after the application was filed on Wednesday. read more

“Syngenta Group will expand and renovate its production facility and implement strategic acquisition to meet growing market needs,” the company said in the document.

Syngenta said in the filing that its application to list on the STAR Market had been approved and it would issue up to 2.79 billion shares.

The flotation, set to be the world’s biggest this year, will value the maker of pesticides and seeds based in Basel, Switzerland, at about $60 billion including debt, or $50 billion without, sources have told Reuters.

The filing means the flotation is likely to take place by the end by 2021, said the sources, who were not authorised to speak to media and declined to be identified.

A secondary listing for Syngenta is also being considered that could take place less than a year after its debut, with exchanges in Zurich, London and New York among the options being examined, the people said.

Cash raised will also be used on other projects such as advanced agricultural technology research, production expansion, and upgrading and maintaining its facilities.

Funds will also be used to expand further its modern agricultural service platform – which trains farmers in China – and to repay long-term debt, it said.

The Swiss seeds and crop protection giant was bought in 2017 for $43 billion by ChemChina, which was folded into Sinochem Holdings Corp this year.

Since being taken over, Syngenta has been merged with Israeli agrochemical firm ADAMA and the fertiliser and seed business of Sinochem.

Syngenta, the world’s No.1 crop protection maker and No. 3 seed supplier, competes with Germany’s BASF (BASFn.DE), Bayer (BAYGn.DE) and U.S. agrochemicals company Corteva (CTVA.N) in the speeds and sprays market.

The company employs 49,000 people globally and generated sales of $23.1 billion in 2020. Its biggest markets are the United States and Brazil, while it is growing rapidly in China.

Net profit rose 72% in the first quarter, the prospectus said.

Reporting by John Revill in Zurich, Meg Shen in Hong Kong and Dominque Patton in Beijing; Editing by David Clarke

How To Become A Programmer (Information Know-how)

How To Become A Programmer (Information Know-how)

Biotalys Board and Executive Changes