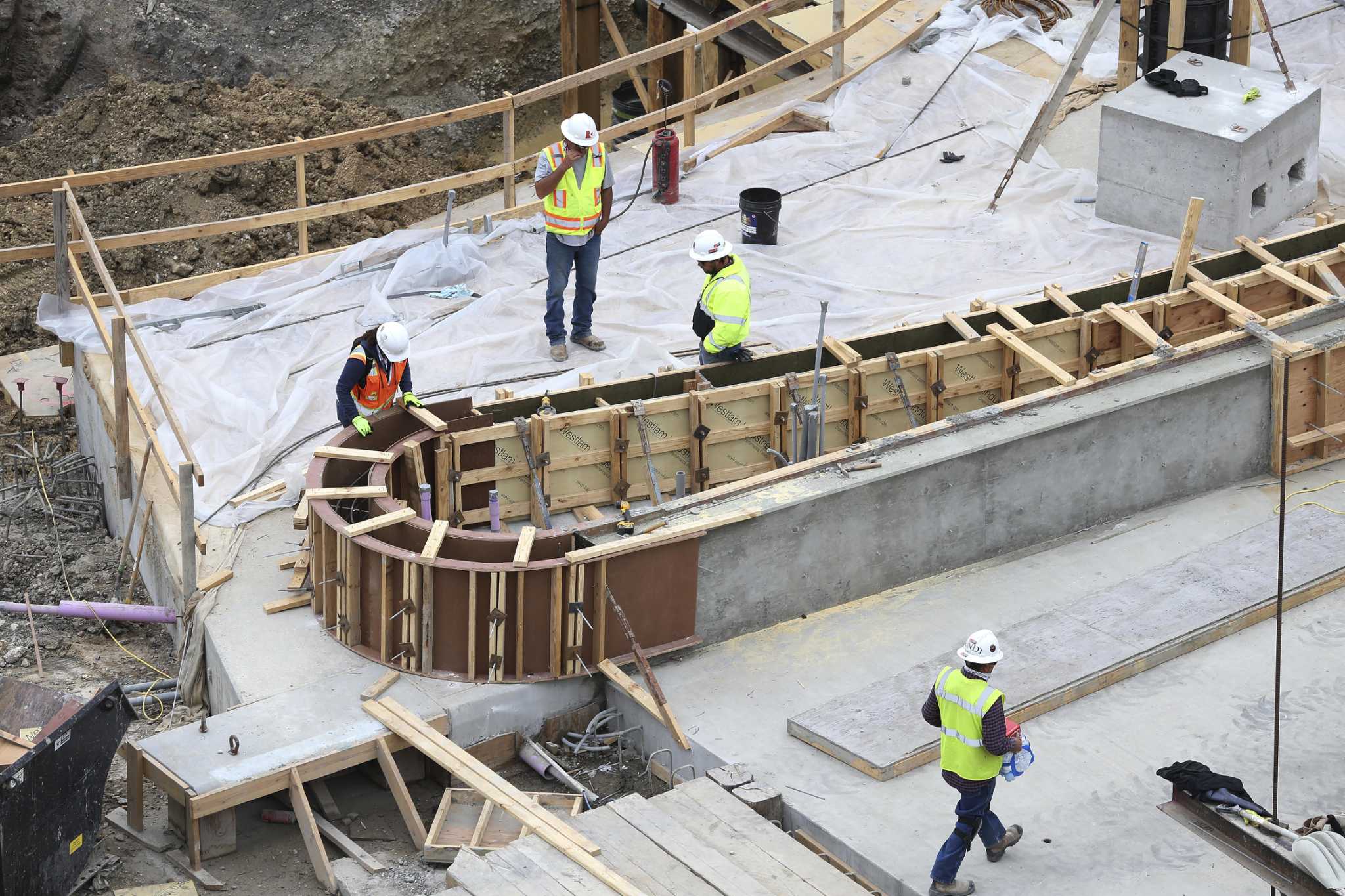 Preservationists, downtown leaders and the public began providing input Thursday on eight proposed options for redesigning a part of the San Pedro Culture Park, to preserve and interpret the historic foundations of an early Black church and 1800s industrial structures.

The first of two virtual public meetings helped gather feedback on the Bexar County-funded flood control and beautification project on the historic creek downtown. The San Antonio River Authority, the project manager, and the U.S. Army Corps of Engineers will use the responses to guide decisions on the archaeological site discovered in February 2020.

A second meeting is set for 6 p.m. Feb. 16, focusing on design issues concerning a cluster of building foundations dating back to the 1800s, connected to at least three known industrial sites, as well as an 1870s location of St. James African Methodist Episcopal Church, one of the oldest Black churches in Texas.

On ExpressNews.com: Historic Black church site the focus of meetings on creek project

Archival research has linked the foundations to the Klemcke/Menger Soapworks (1847-1859), Alamo Icehouse (1878-1887) and Alamo Icehouse & Brewery (1887-1904). The Corps of Engineers has determined that two of the foundations — the soapworks and St. James Church — are eligible for listing in the National Register of Historic Places.

Jerry Geyer, chairman of the San Pedro Creek Culture Park Subcommittee, said interpretation of the site needs to include photos, sketches or a three-dimensional model of the church and possibly other historic structures. He compared the AME church site to the 1722 presidio that had been a critical part of San Antonio’s origins but no longer exists.

“It is very difficult to convey to people something that’s no longer there,” Geyer said. “We have to find a way to project to people the images. Anything that’s verbal is not going to do it.”

The Conservation Society of San Antonio is supporting a redesign proposal for the site, known as “Option C3,” that would interpret the footprint of the historic church with stone pavers.

“This compromise manifests the full building foundation, provides a creek side walkway, offers open space for programming and events, and contains 100-year flows within the channel,” society president Patti Zaiontz said in a letter to the Corps of Engineers.

Leslie Crippen, archaeologist with the Corps of Engineers, said people who don’t provide comments for the Feb. 16 meeting will still have until March 8 to review the proposals and send comments by mail or email to the corps.

Steve Tillotson, design principal with Muñoz & Co., the project’s lead architect, has said the mid-1800s structures were built when the creek was “much shallower” and a narrower channel. The stone and rubble foundations are all that remain of the industrial complex, which once included boilers, smokestacks and a 30-foot-deep well.

The St. James AME congregation moved to another location by the late 1870s, and the church was demolished after Houston Street was widened in the 1890s. The area was later used for parking for the Alameda, built in 1949.

In order to balance historic preservation concerns with the project’s objectives of flood control and providing a public gathering space, project officials will ask for feedback on redesign options that are detailed on the Culture Park website. The archaeological site is located just southwest of the corner of Houston and Camaron streets, on the creek’s east bank.

The location had been envisioned as an entertainment plaza to accommodate outdoor music and dance performances on what could become one of the busiest sections of the improved creek, just south of the new Frost Bank Tower and across the creek from the Alameda Theater and new studio-office complex of Texas Public Radio.

It’s in a three-block section of the creek, from Houston Street to Nueva Street, that’s under construction. Currently set for completion in the spring of 2022, the project is expected to cost $74.7 million. It is the second segment in a six-section, 2.2-mile project through downtown, estimated to cost $298 million.

These are the redesign options being considered:

Option A would retain the entirety of the soapworks, church and brewery foundations and the well, but result in removal of a planned pedestrian paseo on the opposing west bank, and have a significantly “negative impact” on flood control. Redesign and construction fees are estimated at $3.82 million.

Option B1 would remove about 85 percent of historic stone walls and delineate the church site with low stone walls. There would be no impact on the plaza or paseo design and wouldn’t affect protection of the 100-year floodplain. Fees are estimated at $890,000.

Option B2 would remove about 85 percent of historic stone walls and display the church site under structural glass. There would be no impact on the plaza or paseo design or protection of the 100-year floodplain. Fees are estimated at $1.28 million.

Option C1 would retain 100 percent of the stone walls and building footprint and reduce seating and shade, but contain 100-year flows within the channel. Fees are estimated at $2.31 million.

Option C2 would preserve 75 percent of church building walls and reduce seating and shade, but contain 100-year flows. Fees are estimated at $2.22 million.

Option C3 would delineate the church building walls with stone pavers and reduce seating and shade, but contain 100-year flows. Fees are estimated at $2.27 million.

On ExpressNews.com: AME pastor sees joy in ‘the find’ by historic creek

Option D would preserve 15 percent of the church footprint, provide “adequate seating and shade” and contain 100-year flows. Fees are estimated at $1.19 million.

Option E would preserve 18 percent of the church footprint, provide adequate seating and shade and contain 100-year flows. Fees are estimated at $1.22 million.