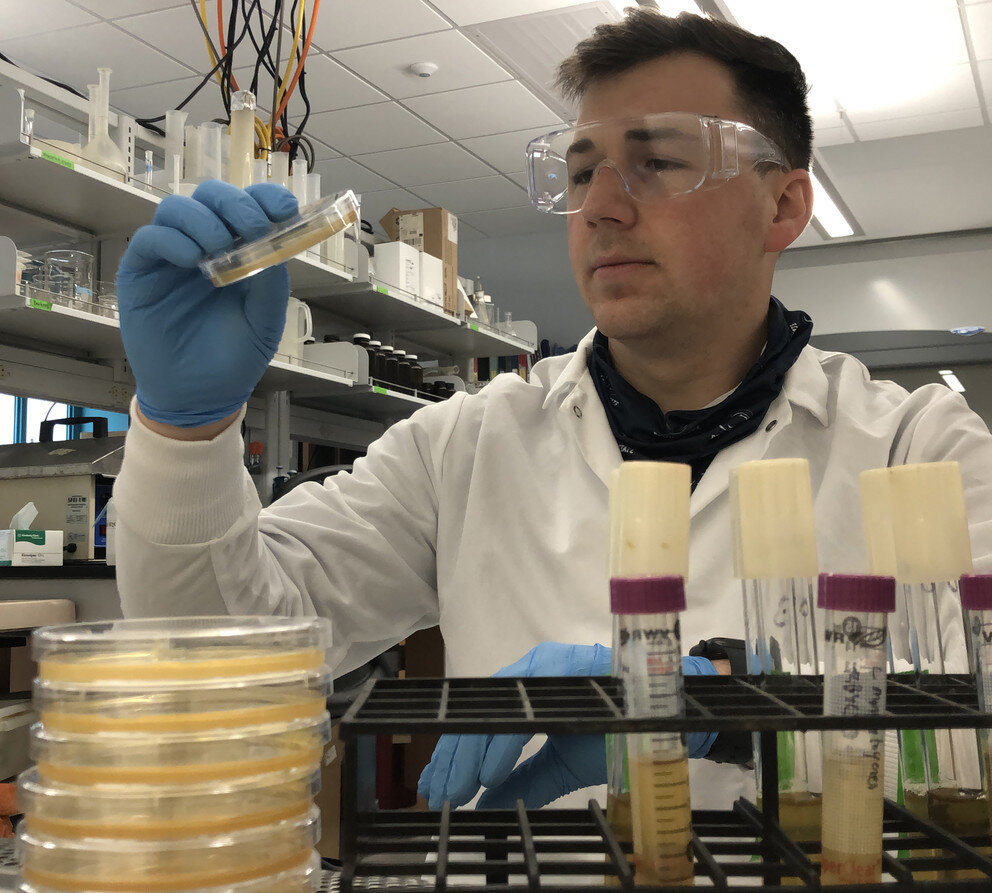 Pulsed ultraviolet light can be an effective alternative to some of the antimicrobial technologies now used by the poultry industry to kill pathogens on eggshells, according to Penn State researchers, who simulated production conditions to test the technology.

Researcher Paul Patterson, professor of poultry science, College of Agricultural Sciences, suggests the technology has merit for commercial application in the egg industry.

“This study is unique because it scaled-up and applied components of standard egg processing to a conveyor and sanitizing eggs in a commercial setting,” he said. “In the absence of water or other chemical sanitizers, this technology has the potential to achieve significant—equal or greater—microbial reductions than some currently available technologies.”

Every year in the United States, an average of 287 eggs are consumed per person, and more than 14.1 billion eggs are set in hatchery incubators to produce chicks destined for the egg and meat bird industries. By reducing the microbial load on eggs, foodborne illness outbreaks associated with eggs and poultry meat can be reduced while chick health is maintained.

The egg industry currently uses sanitizers and detergents to decontaminate eggs and wash off any physical debris, while low-intensity ultraviolet light has been used as an additional antimicrobial step. However, pulsed ultraviolet light is more effective, explained lead researcher Josh Casser, doctoral candidate in animal science, because it delivers a higher intensity of ultraviolet light to the surface of the eggshell. That results in a greater microbial reduction in a shorter period of time than conventional ultraviolet light treatment.

In this study, the surfaces of shell eggs were inoculated with nonpathogenic bacteria strains used for research and were treated with pulsed ultraviolet light derived from a xenon flashlamp. Eggs were exposed on a modified egg-carrying conveyor that provided complete rotation of eggs under the flashlamp.

The novel conveyor devised for the experiment was instrumental in achieving acceptable decontamination, Casser noted, adding that the xenon flashlamps could be scaled up and customized for any commercial installation.

“As the egg rotates on its long axis along the way, the entire surface of the eggshell is exposed to the pulsed ultraviolet light energy, and the 27 seconds of exposure in our experiment resulted in an acceptable germicidal response,” he said. “At three pulses per second, each egg is exposed to nearly 90 pulses, and each pulse has a duration of 360 microseconds—an extremely short duration pulse.”

“Our research supports the application of pulsed ultraviolet light as an effective antimicrobial intervention for both table and hatching eggs,” Cassar said. “If the egg industry embraces pulsed ultraviolet light technology and applies it in its processing operations, food safety would be improved because of the reduced pathogen presence on the surface of the eggs. And that matters because 9% of all foodborne illness in the U.S. is associated with eggs.”

The technology is especially promising because it appears to have no negative consequences for the vital hatching-eggs component of the business, even at 10 times the UV-light intensity used in the table egg study, Patterson pointed out. Hatcheries produce the replacement stock for both the egg and broiler flocks of the poultry industry, including turkeys.

“Our research showed that there are no negative effects on hatching eggs and the embryos and chicks that are derived from those treated eggs,” he said. “Using pulsed ultraviolet light before incubation in a hatchery setting would improve chick health, would avoid some of the financial constraints caused by poor chick quality resulting from chicks getting sick from early exposure to microbial pathogens, and potentially would improve the food safety of poultry meat.”

Researchers discover how a bio-pesticide works against spider mites