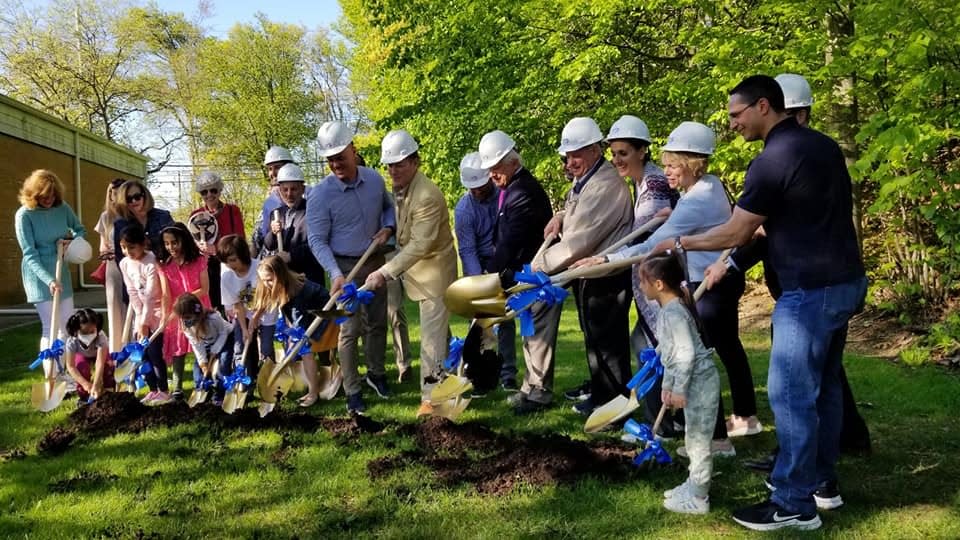 PARAMUS — Ground has broken on a $1.2 million expansion that will greatly increase the roster of youth programs at the Paramus Public Library.

Construction is slated to start in about four weeks. Once completed, the addition will add 1,958 square feet to the library, upgrading the building’s current 900-square-foot meeting room.

“This is really a project that’s been years in the making,” said Donna Perkosky, public relations and outreach coordinator for the library. “We are so thrilled that this project is getting off the ground. This time next year, we’ll have a brand new space where children’s imagination will be able to run wild as they learn, read and play.”

Last year, Library Director Leonard LoPinto said the size of the meeting room made it difficult to accommodate some groups that would like to use the space. Even so, the library managed to do about 25 programs for children and adults each week.

The new space will allow up to 100 people to take part in programs and allow more flexibility with programming. It will also allow for more ESL classes, technology training, adult book discussions and crafts, and community and civic meetings.

FOR SUBSCRIBERS: Bergen Town Center in Paramus is planning a revamp. Here’s what’s happening and when

ALSO: Cuban American who arrived as a 15-year-old refugee is tapped for Paramus council seat

The public also donated $35,000 last year to narrow a fundraising gap toward the end.

A donation made in December by Nicholas Laganella II, who owns a Paramus-based commercial real estate firm, however, was the final piece needed. Library officials announced in December that the expansion will be named The Nicholas A. Laganella Sr. Imagination Library, in honor of Laganella II’s father.

Perkosky said construction will take about a year. More information can be found at paramuslibrary.org.

Stephanie Noda is a local reporter for NorthJersey.com. For unlimited access to the most important news from your local community, please subscribe or activate your digital account today.

This article originally appeared on NorthJersey.com: Paramus Public Library moves ahead with expansion for youth programs