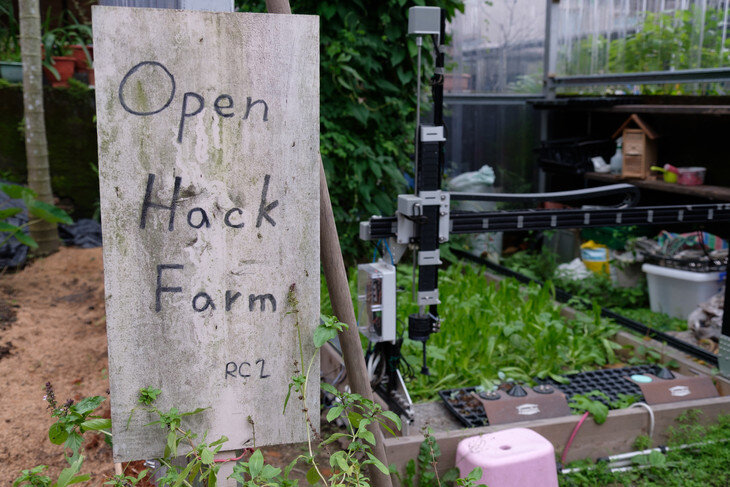 Cutting-edge agricultural technology has advanced in recent years, introducing innovations from self-driving tractors and laser scarecrows to robotic bees that aid in pollination.

But are these innovations useful to and embraced by farmers around the world? And, perhaps more importantly, does their impact on the global climate make communities and the world a better place? What could technologists learn from alternative agricultural movements, such as permaculture and eco farming, which seek to reimagine the relationships between humans, non-humans and land?

Penn State College of Information Sciences and Technology researchers Shaowen Bardzell and Jeffrey Bardzell set out to answer these questions, doing ethnographic fieldwork in Shengou Village (深溝村), an experimental ecological farming village in the rural Yuanshan township of Taiwan’s breadbasket, Yilan County. There, they observed the community’s counter response to industrial innovation and resulting climate crisis. What the researchers found was a sophisticated alternative approach to farming where exchanges of goods, money, and labor were not oriented toward wealth creation, but rather at sustaining a desirable way of life.

“There are a number of practices, particularly since the Industrial Revolution, that have led to unsustainable ways of being that are now creating environmental crisis and existential threat to humanity,” said Jeffrey, professor and associate dean of undergraduate and graduate studies at the College of IST. “What our research is trying to do is cross disciplines of computing and agriculture in different places where people are surfacing strategies to reduce some of the unsustainable practices that we’ve come to depend on.”

Ethnographers and experts in human-computer interaction (HCI) and design, Jeffrey and Shaowen aimed to discover and identify concrete methods employed by these farmers as alternatives to industrial agriculture, in hopes of potentially transferring those practices into their field.

“Typically in HCI, you would identify a domain and say, “How can we leverages technology to support people in that domain?'” Shaowen, professor at the College of IST, said. “But in this project, it’s the other way around. It’s finding what technologists can learn from eco farmers that might inform us in our project of redesigning design.”

The concept of redesigning design is the researchers’ attempt to make design more compatible with humans’ longest-term needs on the planet—namely, survival.

“We [as humans] seem to be so endeavored about building systems without really thinking about the implications,” said Jeffrey. “And that raises a sort of dilemma, which is, we want to be designers to redesign design, but the thing that’s busted is design.”

Shaowen referenced a hypothetical situation where the world is populated by robotic bees, replacing actual bees that had been killed off by pesticides, which, in turn, impacted flowers and other pollinators.

In their field research on over a dozen farms in Shengou Village, they observed the practices of a new generation of farmers—many of whom left city-based professional careers (in architecture, engineering, chemical informatics, political science and cultural anthropology, among others) in a number of industries to try their hand at smallholder farming to experiment with alternative techniques and principles to address ever-increasing harmful environmental impacts. Each with their own unique approach to their craft, the farmers contributed to a more symbiotic community and a more resilient agricultural ecosystem.

“A lot of times these questions, especially involving environmental justice or environmental concerns, are actually wicked problems that technologists cannot work alone,” Shaowen said. “And so we are using ethnography as material to think with. Through the understanding of farmers’ concrete practices, we want to make visible the potentials for alternative solution.”

One farmer experimented with the concept of an abandoned farm, which was planted in a way so the farm would self-regulate and ultimately produce crops without further human intervention. Another developed a system to attract and trap invasive snails to replace the laborious, previously-used alternative of removing them by hand, in an effort to avoid pesticides which would kill not only the snails but also the shrimp, frogs, clams and other organisms that live in the environment.

Additionally, the researchers found that many of the farmers they observed were not open to new technology.

“There is so much innovation happening in the ag tech space,” said Shaowen. “And if people who are on these farms opt out of engaging in that innovation, in the long term you’re going to see a digital divide and people who are structurally disadvantaged.”

From their observations, the researchers make three notable contributions to future research. First, they suggest that technologists should more intentionally design resources that are sharable by all—including humans and non-humans—in a given space. Second, they recommend that HCI as a field should fully leverage its own resources to support flourishing biosystems, rather than view information as disembodied and place-less. Finally, the researchers note that HCI researchers and designers should factor land usage and interspecies relations into any consideration of IT development and deployment.

“Our work is really trying to leverage different disciplinary perspectives to help us address some of the underlying causes of climate crisis and change them from within with minimal disruption,” concluded Shaowen.

Jeffrey and Shaowen collaborated with Ann Light, professor at the University of Sussex and Malmö University. They presented their work at the ACM Conference on Human Factors in Computing Systems, CHI2021, the international flagship conference on human-computer interaction, held virtually in May 8-13. The work is supported by the National Science Foundation.

Right to food strategy could eliminate food waste on farms