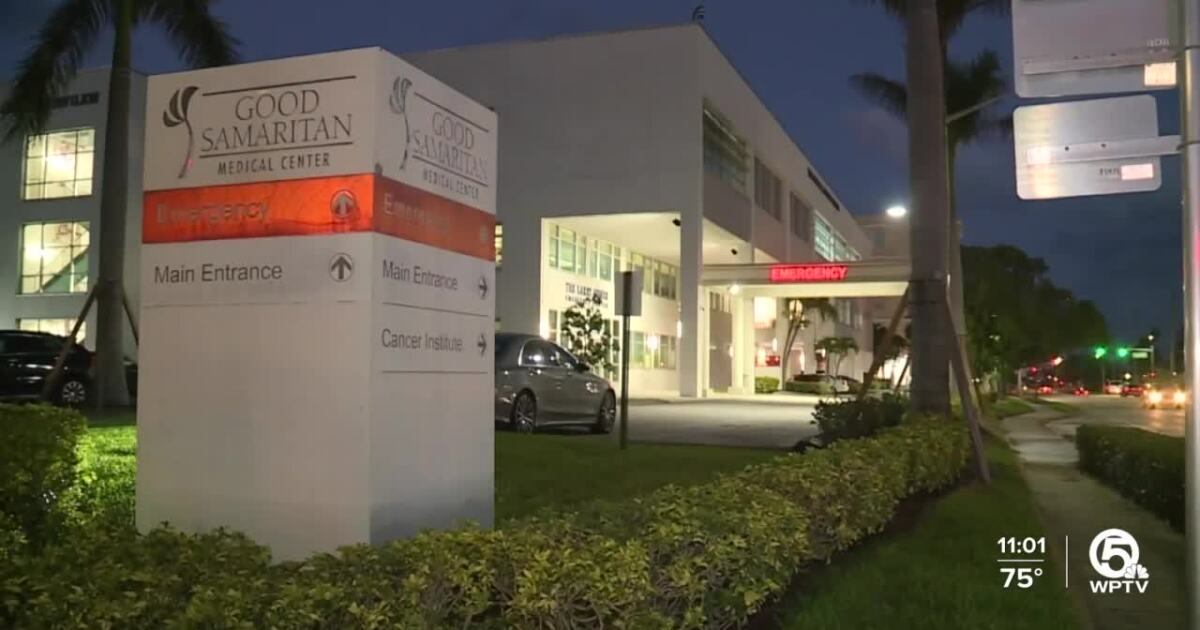 Rodriguez said that, while at the hospital, he realized something didn’t seem right — at first noticing the WiFi wasn’t working.

“The doctors and the nurses had to go outside of the hospitals to use their phones because they couldn’t use them inside,” he said

Rodriguez said nurses used paper to chart his vitals instead of a computer.

At one point, Rodriquez said he saw a nurse drop a stack of papers. He said it makes him a bit nervous.

“It is, because they could screw up and give me the wrong medicine or something,” he said.

WPTV contacted Tenet Healthcare, the parent company for both hospitals, for an explanation.

“We are currently experiencing a network outage. With strong backup procedures in effect, patient care continues uninterrupted while we address the issue.”

Rodriguez said the situation hadn’t changed when he checked out.

“I left there at 20 minutes to 5 p.m. and they were still down,” Rodriguez said.

It was unclear Friday evening how the outage could impact patient care. WPTV asked for an update but has yet to receive a response from Tenet Healthcare.