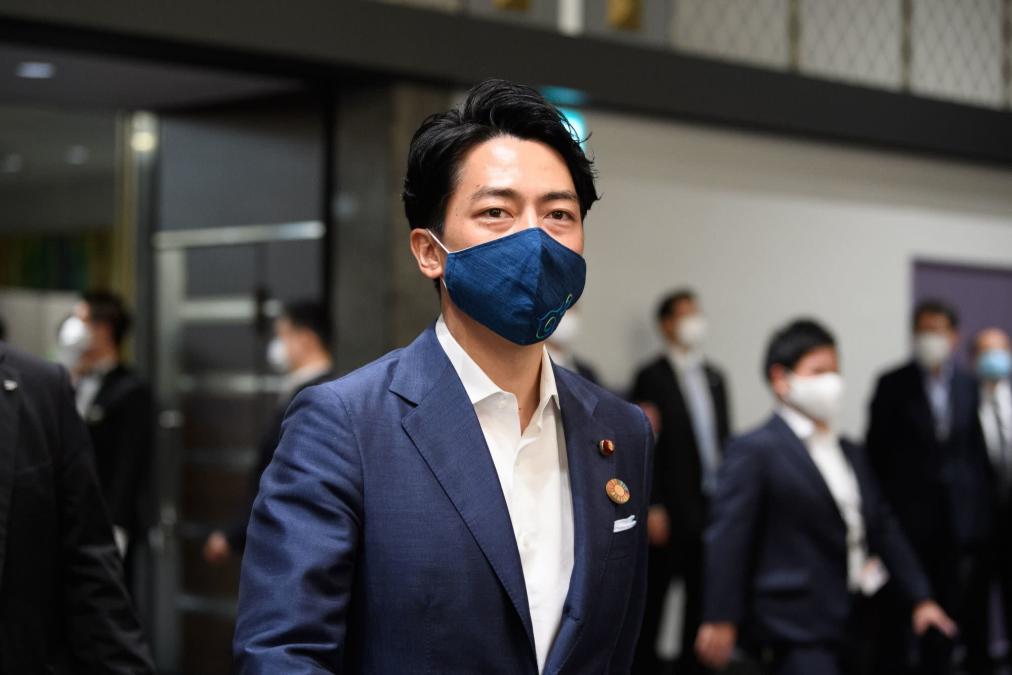 (Bloomberg) — It was a situation that surprised many in the financial world: a low-key lender for Japanese farmers had somehow become the biggest buyer of a structured product known as collateralized loan obligations. By 2019, Norinchukin Bank held about $70 billion of the securities, roughly a fifth of the global market for the top-rated category. People were calling it the CLO whale.

Most Read from Bloomberg

But back in Tokyo, tempers were starting to fray. Politicians and regulators were taken aback by how much the bank owned, and started calling it reckless. Nochu, as the lender is known, was hauled before parliament several times, and some of the criticism was fierce.

On top of that, a preferential interest rate that it paid on deposits from agricultural cooperatives was becoming unsustainable. And lawmakers were asking why Nochu wasn’t doing more to help farmers make money from their regular work, rather than through exotic investments.

Something had to give. And it did.

By the end of December, Nochu’s CLO holdings had fallen by about 40% from their peak, even though it posted a slight increase in the securities late last year. That prompted concerns the bank’s retreat would disrupt the market. At the same time, Nochu had stepped up its efforts to help farmers with their businesses. In less than four years, its lending almost doubled. And it started sending hundreds of consultants to cooperatives to provide expertise on agriculture business.

While Nochu is still a major owner of CLOs, it has no plans to increase holdings substantially from here. The bank never thought its buying strategy was wrong, but it was surprised by the backlash in Japan, and that was one of the reasons it decided to change tack, according to people familiar with the matter, who asked not to be identified discussing private information.

“We had been taking two different steps” to support Japanese agriculture, Kazuto Oku, Nochu’s president and chief executive officer, said at a briefing in November. “One is paying returns on financial products and the other is to assist with agricultural financing, consulting and business matching,” he said. The focus is now on the second, he said.

As the bank redeemed its CLOs, its securities portfolio declined. It fell to about $490 billion in September, down from around $570 billion in March 2019.

Meanwhile, loans — to companies related to agriculture, forestry and fisheries — increased to $193 billion by September, up from $102 billion in March 2018. Separately, the number of agricultural businesses newly financed by Nochu and cooperatives under it rose to 9,417 in fiscal 2020 from 5,875 in fiscal 2015.

Nochu’s love affair with CLOs was partly a tale of the low interest rate era. Rates had even turned negative in Japan, and the bank was finding it harder than ever to deliver returns on its portfolio. With CLOs, the company could achieve “a certain spread,” CEO Oku said last year.

But there were also other factors — some that dated back deep into the bank’s history.

Established in 1923, Nochu serves as a central financial institution for Japan’s roughly 3,400 agricultural, forestry and fishery cooperatives. The bank takes deposits from cooperatives, rather than directly from farmers, and manages the money through medium to long-term investment.

It has long paid an additional interest rate known as shoreikin to the cooperatives, which could be, for example, 0.75%, according to people familiar with the matter at Japanese cooperatives. That increased the bank’s need to achieve high returns.

At the same time, Nochu was one of the first of Japan’s giant institutional investors to become comfortable in international markets. As early as 1997, the bank sent a delegation of about 30 of its best and brightest to the U.S. and Europe to learn about global diversified investing.

“Our priority was securing returns for farmers,” said Masataka Miyazono, a former Nochu employee who went on the trip. He’s now president of Japan’s $1.7 trillion Government Pension Investment Fund, one of multiple examples of Nochu alumni going on to take key roles in Japan’s financial industry.

Before 1997, things had been easier for Nochu. As Japan entered its high-growth era after World War II, the bank’s funds began to surge. By 1964, the year of the first Tokyo Olympics, its deposits already exceeded 1 trillion yen ($8.7 billion).

During the bubble economy of the 1980s, when the long-term prime lending rate rose to as high as 9.5%, farmers started relying more on returns from investments than on income from agriculture itself. But after the bubble burst and Japanese interest rates started gradually falling in the 1990s, Nochu had to look elsewhere for higher returns. Its move to send employees to the West in 1997 was part of those efforts.

“It was as if we were a lonely long-distance runner seeking the best strategy for us,” said Masanobu Yagi, Nochu’s chief operating officer. There wasn’t any good example of a strategy to achieve stable long-term returns from one-year bank savings at the time, he said.

The bank’s knowledge of international markets would work against it during the global financial crisis as investments in collateralized debt obligations turned sour. It was forced to raise billions in fresh capital after booking huge losses.

And then, confident it was better protected, it started to invest in CLOs.

On multiple occasions from 2019 to last year, Nochu’s representatives were summoned to Japan’s parliament to explain the bank’s CLO strategy. In 2020, a top official at the Financial Services Agency, the nation’s financial regulator, warned Nochu it shouldn’t be a “whale in a small pond,” according to an FSA official, who asked not to be identified because the information is private.

“We hadn’t anticipated the reaction we’d have from the media, the government and our stakeholders,” Yagi recalled. And that would have a big impact on the bank, accelerating its change of heart.

In the meantime, Japan had started to overhaul its waning agriculture industry. Agricultural production had fallen 27% from its peak in 1984. Abandoned farmland had surged over three decades, and the average age of farmers had risen to 65.9 years old.

In 2016, Shinjiro Koizumi, the politician son of former prime minister Junichiro Koizumi, called for agricultural reform when he was serving as director of the ruling party’s agriculture and forestry division. He wanted farmers to become financially independent from their agricultural production, rather than relying on investment returns from Nochu. The bank, in turn, was expected to take part.

“I asked the chief executive officer several times if it’s truly sustainable to keep investing abroad and sending the returns back to farmers to cover their living expenses,” recalled Hiroyuki Suematsu, vice minister for agriculture, forestry and fisheries at the time.

Agricultural technology, such as autonomous driving systems for tractors and spraying using drones, was on the rise, and it didn’t take long for Nochu to get on board, according to Suematsu.

For Yasuhiro Hayasaki, a former Bank of Japan and FSA official who joined Nochu as an adviser in 2015, the bank has changed utterly since then.

“At first, employees transferred from international investment to agricultural financing reacted as if they were being demoted,” he said. But they soon cheered up when they realized the bank’s new priorities, and the importance of their new role, he said.

Meanwhile, after difficult negotiations with the cooperatives, Nochu has since agreed to lower additional interest rate it pays on deposited funds. That means it’s under less pressure to achieve high returns from overseas investments such as CLOs.

As a result, the bank has been spending more time advising agricultural businesses on how to survive without such incentives. As one step, it’s been building a team of 600 people to help cooperatives all over Japan boost profits.

As for those CLOs, they’d fallen to about $43 billion as of the end of December. The company is still buying from time to time to keep holdings around the current level. Despite the initial fears, Nochu’s pullback didn’t affect the market, as new buyers, mainly U.S. banks, stepped in.

The firm will continue to invest in CLOs, a Nochu spokesman said this month. But it has no intention of aggressively building up positions, he said.

Most Read from Bloomberg Businessweek