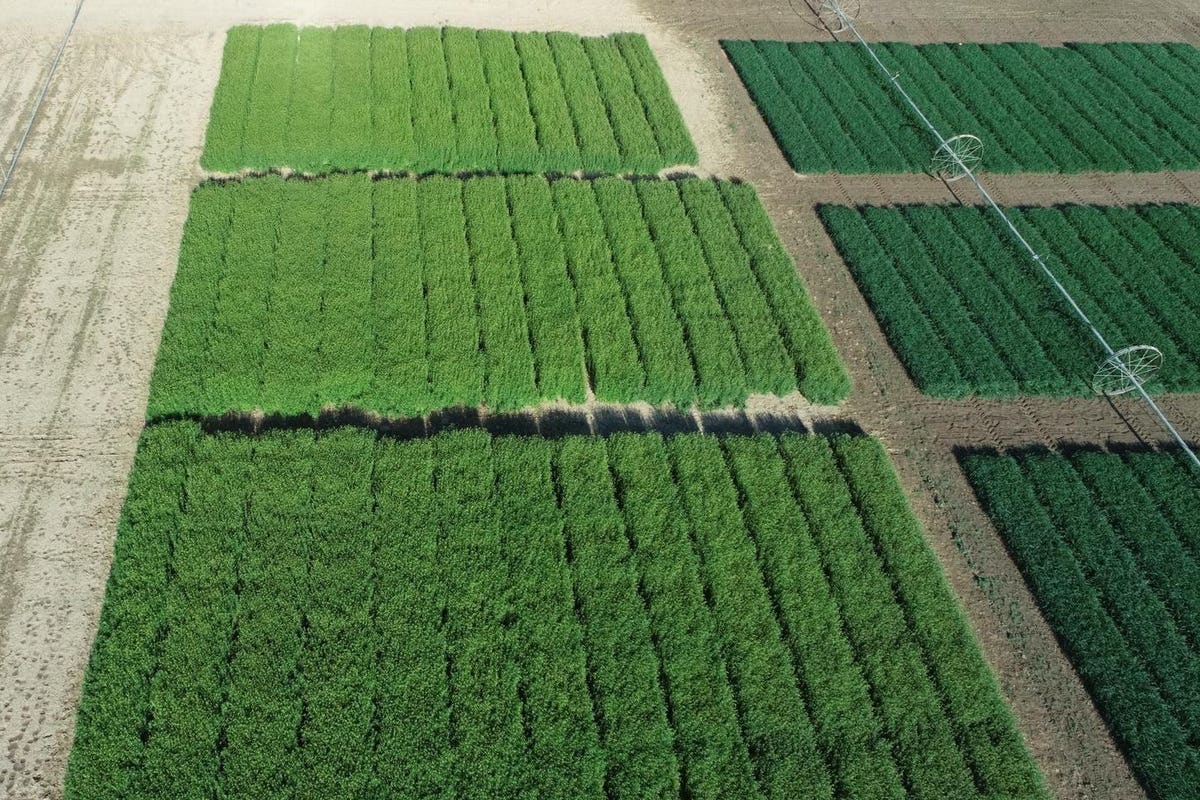 During President Joe Biden’s recent speech to Congress, he mentioned an important point about the climate plan that will affect the agricultural technology (agtech) sector. In his speech, he revealed paying farmers for planting cover crops that will help remove carbon dioxide from the atmosphere. Cover crops include Camelina, rye, buckwheat and several others.

“Farmers planting cover crops, so they can reduce carbon dioxide in the air and get paid for doing it,” said President Joe Biden in his speech to Congress.

Cover crops are plants that are used to cover the soil instead of being harvested. They are able to store carbon while protecting the soil during off-seasons. This is often referred to as soil carbon sequestration and has been explored by both farmers and scientists to mitigate carbon dioxide emissions and generate more value by enriching the soil for future agricultural production.

In addition to reducing carbon dioxide emissions, cover crops can make food production more sustainable by improving soil health and preventing nutrients from leaching into water. Although cover crops have these benefits, they have been an economic loss for the farmer.

By paying for cover crops, the climate plan gives farmers an additional incentive to plant them while improving the environment.

Yield10 Bioscience is developing both spring and winter varieties of the oilseed Camelina to be used as cover crops. The company wants to make Camelina a high-value cash cover crop, so growers can also benefit from the proteins and oils produced by the plant. Yield10 Bioscience is using CRISPR, which is gene editing technology, to study the plant.

The company has discovered and evaluated multiple genes for increasing seed yield, seed oil content for crops in general and for making new sustainable products from the Camelina crop. They have done greenhouse experiments and field trials with Camelina to determine the potential for developing and commercializing new seed yield, oil content and products.

“We are developing Elite Camelina varieties with higher harvest value based on increased seed yield and oil content enabled by our novel genetic traits,” said Peoples.

Yield10 Bioscience worked with a leading U.S. seed company to perform seed scale-up of their CRISPR edited E3902 higher oil content line, as well as two additional Elite Camelina lines. This cycle of seed scale-up will enable future planting at the 100- to 1,000-acre scale while producing oil and meal for customer sampling.

In addition to the E3902 line, which contains edits to three genes involved in oil biosynthesis, Yield10 Bioscience has licensed a series of gene traits from the University of Missouri that show promise to increase oil content in oilseed crops. They have confirmed with USDA-APHIS that several Camelina lines containing edits to C3007 (BADC) are exempt from regulation in the U.S. They are testing the C3007 trait in Camelina and believe it holds promise for boosting oil in canola and soybean as well.

Earlier this year, Yield10 Bioscience achieved a proof-of-concept milestone for producing natural PHA bioplastic in field-grown Camelina sativa plants genetically programmed to produce PHA bioplastics directly in seed. Often referred to as PHA bioplastics, PHAs are natural polyesters. They are useful in a wide range of plastics applications and fully biodegradable in the environment.

In field trials conducted in the U.S. and Canada, the PHA Camelina lines emerged and matured later than control plants, but once established, exhibited good vigor, branching, flowering and seed set as compared to control plants. The best lines produced up to 6% PHA in the seed.

“This is a great example of using the best nature has to offer to reduce our dependence on plastics for many of the items we use in everyday life based on taking carbon dioxide out of the air and not oil or gas out of the ground. It is a carbon negative biodegradable,” said Peoples.

Yield10 Bioscience also announced a recent partnership with Rothamsted Research in the U.K. Yield10 Bioscience is supporting Rothamsted’s flagship program to develop omega-3 oils in Camelina sativa. The technology developed by the team led by Professor Napier at Rothamsted has demonstrated the production of omega-3 (DHA and EPA) nutritional oils in Camelina that closely mimic the composition of natural fish oil, an important ingredient in aquaculture feed.

“Plant-based fish oil alternatives with all the health benefits and none of the odor of harvested fish oil have high potential to sustainably meet the growing demand for these oils in aquaculture and nutrition while reducing pressure on our oceans,” said Peoples.

In anticipation of growing Camelina on very large acreages, the company is also working on herbicide tolerance and disease resistance traits to enable sustainable no-till production, reduce grower costs and protect harvest yields. Cover crops create a second growing season for new products like biofuels and bioplastics while increasing the production of protein for food and feed.

The Future for Cover Crops

There is growing demand for cover crops because of the focus on sustainability and their ability to provide carbon sequestration, crop diversification and earnings for growers. Cover crops like Camelina also provide omega-3 oil and plastic alternatives. Identifying new and high-value gene traits can improve the performance of Camelina and other crops.

“Looking at the macro challenges of climate change and increasing food production, it is clear to scientists that we are going to need all of the genetic tools available to sustainably feed the world’s growing population. From a broad industry perspective, we believe there is an emerging acceptance of CRISPR genome editing and an improving regulatory environment for agtech and biotech in the agriculture industry,” said Peoples.