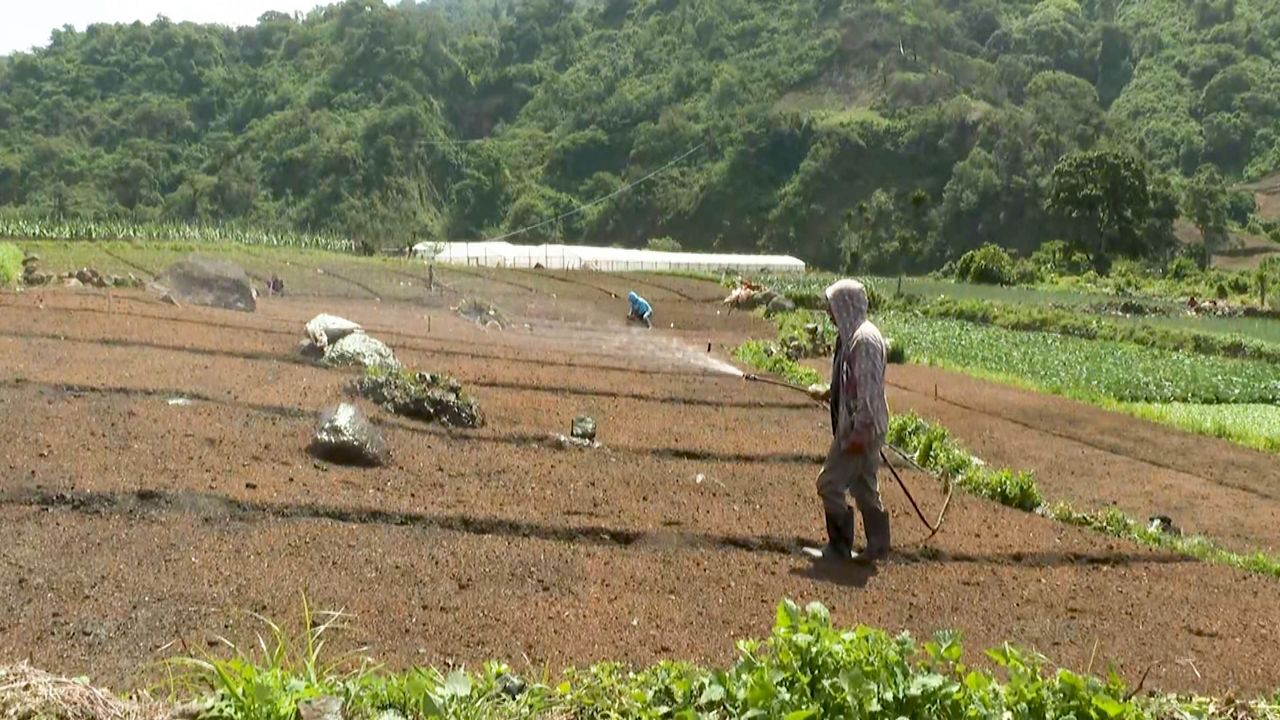 ZUNIL, Guatemala — In a quaint village high up in the Western Highlands of Zunil, Guatemala, a beautiful church and rushing river cuts through the middle of town in this small mostly agricultural economy hit hard by climate change.

Zunil lies in the region known as the “Dry Corridor,” where hot sun and drought burn the topsoil, and erratic rain floods the harvest and washes away any hope of making a decent living.

What You Need To Know

Local farmer Don Pedro Chay owns about an acre of land in the rich fertile valley of Zunil, gifted to him by his grandfather. His typical crop production consists of cilantro, onions and radishes.

When he was 17, Chay sought political asylum in the U.S. to escape a civil war in Guatemala. He fled to the U.S. after guerrillas and the Army attempted to recruit him. After 15 years in the U.S., he longed to return and make a life off the land he loves — one many looked to leave.

While climate change has definitely impacted his harvest, Chay said a deal the Guatemalan government made with Mexico to import the very same products he produces at much cheaper prices has been detrimental for the sale of his crops.

Chay explained how he believes the Free Trade Agreement with Mexico is hurting profits for local farmers. There are no large tracts of land, he says⁠ — it’s not like California or Mexico. Since his land produces very little, Chay distributes very small onions as his main business. Even if his land allowed it, selling more local produce would be extremely difficult in the import saturated market.

The Central Market Place in Guatemala City sells an abundance of produce, but they are all imported from outside the country leaving small farmers unable to compete — especially considering the costly tax on export products.

The problem is the elites in business, Chay believes. The rich monopolize the harvest, and if he complains, he said they can hunt him down and kill him.

“I would like the government to promote the consumption of local crops in order to have a job and not migrate to another country. I don’t want my son to go looking for work in America. I want him to be able to make a life here.”

But the government makes that very difficult.

Chay noted that he loves Guatemala because of its forests, culture and people. He doesn’t care much about wealth, just the smiles of his countrymen. That, he says, is priceless. It is why he returned.

“Now, I live with little money but am very happy,” he said. “I want to say to all Latin Americans, your future and fortune should be here, not in the United States.”

What Guatemalans need to make a life in the country, as opposed to migrating north, is better agricultural technology to work the land more efficiently, Chay said. He believes better education, fair salaries and trade deals that benefit the country and its people would help slow the surge of migration.

In regards to Vice President Kamala Harris’s visit, Chay explained that he wishes she would have spoken to the farmers and not just the elite. If you don’t want people to migrate to the states, he said, then empower them here at home.