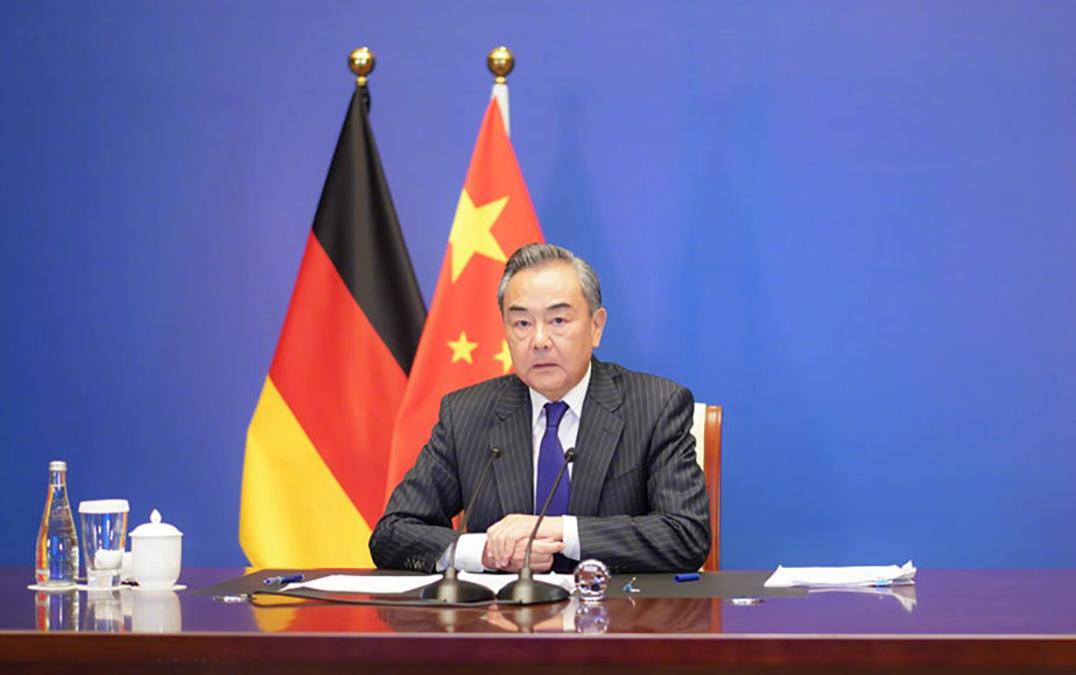 China has urged Germany to avoid “megaphone diplomacy” in a meeting where the new German foreign minister highlighted “fundamental differences” on human rights – a possible sign that Berlin may take a more critical stance than under Angela Merkel.

In the first online meeting with his German counterpart Annalena Baerbock, Chinese Foreign Minister Wang Yi said the two countries had to lead the relationship between China and Europe.

A statement from the foreign ministry in Beijing said the two nations agreed to boost high-level financial, diplomatic and security dialogue.

Do you have questions about the biggest topics and trends from around the world? Get the answers with SCMP Knowledge, our new platform of curated content with explainers, FAQs, analyses and infographics brought to you by our award-winning team.

“On the basis of mutual respect, we should conduct an equal dialogue on issues such as human rights and democracy, enhance mutual understanding and not engage in megaphone diplomacy,” the statement said, highlighting Beijing’s dislike of other countries making their criticisms public.

But Baerbock highlighted “fundamental differences” with China on human rights – signalling a possible change in approach under the new government.

A statement released by her office after the meeting said that while close cooperation with China was important in many areas, such as tackling climate change and environmental policy, respect for international law and the rules-based international order were also needed.

“The talks therefore also addressed issues where fundamental differences of opinion exist – including with regard to human rights,” the statement said.

Baerbock has pledged to adopt a combination of “dialogue and toughness” in dealing with Beijing.

Last month she called for an EU-wide import ban on goods made using forced labour – a practice Beijing denies in Xinjiang – and said she would not attend the Winter Olympics, although she added this was a personal decision.

China-EU relations have become increasingly tense – with an investment deal being put on hold last year following an exchange of sanctions over Xinjiang. Beijing is also concerned that Berlin will move away from Merkel’s engagement policy.

Wang told Baerbock that trade between the two countries had increased despite the impact of the Covid-19 pandemic and held out the prospect of cooperation in areas such as agricultural technology, communications and the digital sector.

“We welcome German companies expanding their investment in China, and hope that the German side will uphold the principle of fairness and impartiality, exclude external interference, and provide a good business environment for Chinese companies to invest and operate in Germany,” Wang said.

He also said they should focus on pushing forward cooperation between Germany and Europe as a whole.

Beijing’s efforts to cement its relationship with the new German government have seen both President Xi Jinping and Premier Li Keqiang holding phone conversations with Chancellor Olaf Scholz in the past two months.

On Monday Li told Scholz that the two nations should focus on “pragmatic” economic cooperation.

China-Lithuania tension: German firms may have to shut Baltic factories

He also said China would be willing to use “fast track” arrangements for travel between the two countries if this was deemed practicable.

Last month Xi told the chancellor that China and Germany should continue to see each other as partners, adding that the relationship was the “bellwether” for Beijing’s dealings with Europe.