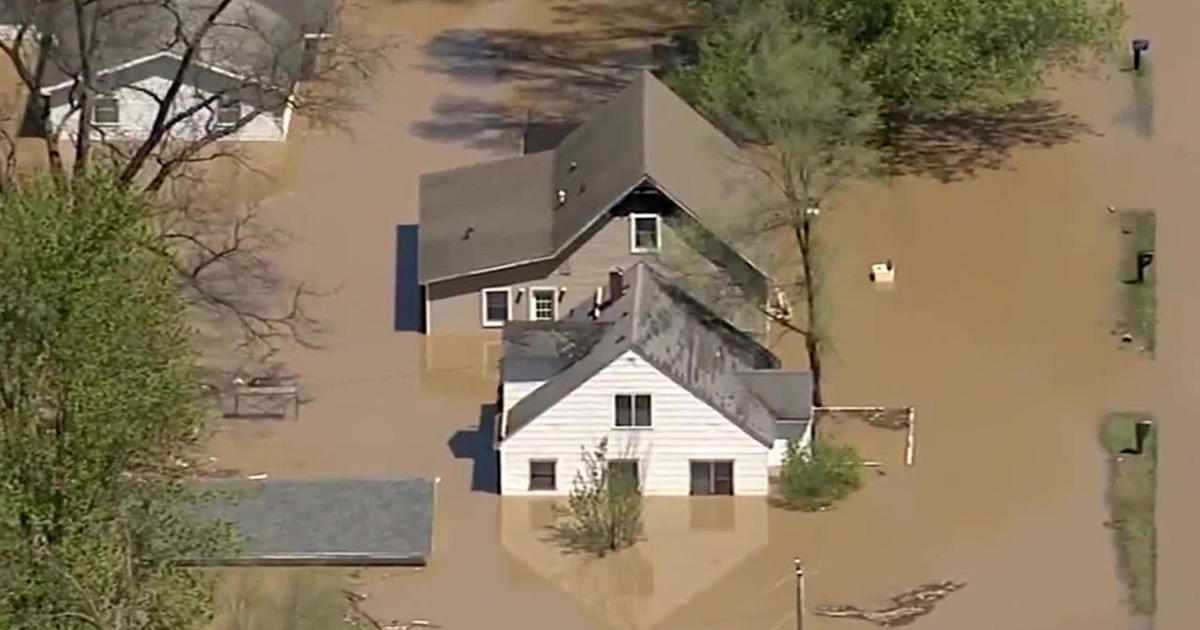 2020 has been a year of nonstop crises. For a while there, it was almost possible to forget an ongoing crisis that used to have our attention: climate change. But Nature found a way to remind us.

In the Midwest, punishing 100-mile-per-hour winds. In the Southwest, a brutal succession of floods and droughts. On the coasts: a freakish number of devastating hurricanes.

And in our Western states, historic mega-fires that sent a plume of ash and smoke all the way to the East Coast. More than four million acres have burned in California alone. To put that into perspective, that is larger than the state of Connecticut.

“And these fires are still burning,” said Chief Daniel Berlant, assistant deputy director for Cal Fire, the California Department of Forestry and Fire Protection. “Our climate here in California has been changing now for decades. In fact this year’s fire seasons are on average 75 days longer than they were in the ’70s. This year’s fire season will likely just roll right into 2021.

In the last 20 years, we’ve experienced twice the number of weather disasters as we did in the previous 20 years. Cost so far? About $3 trillion.

Yes, climate change is back in the headlines.

“We always put climate change on the back burner as something we can deal with later. But we’re out of time for that. There is no later. We need to deal with it now,” said Ayana Elizabeth Johnson, a marine biologist, policy expert, and co-editor of “All We Can Save,” a book of essays by women climate leaders.

Johnson offered a climate-change refresher for correspondent David Pogue: “We burn all these fossil fuels, all these greenhouse gases go up in the air. It’s carbon dioxide. It’s methane. And they create this layer of gas that is basically like a blanket on top of the planet.” That “blanket”  traps heat from the sun that would have bounced back out into space.

“It’s funny that we call it the ‘greenhouse effect,'” said Johnson, “’cause most people, like, don’t spend a lot of time hanging out in greenhouses!”

Pogue said, “I think it should be called ‘the dog in the car in summer effect,’ because isn’t it the same thing? The sun goes into the car, it doesn’t fully bounce out, so the car gets really hot inside?”

David Wallace-Wells, the deputy editor of New York Magazine, is the author of “The Uninhabitable Earth,” a book that explores what will happen if we don’t cut our carbon emissions soon.  “The planet is now warmer than in the entire history of human civilization,” he said. “It’s like we’ve landed on a new planet with a new set of climate conditions. And we have to figure out what of the civilization that we’ve brought with us to this point can survive these conditions.”

Wallace-Wells said climate change is not just about warmer weather: “It changes the whole system. Rainstorms are gonna be more intense. The oceans are heating up, which means that hurricanes are gonna become more intense and more frequent, as they already are. There are gonna be extreme droughts, as well as extreme rainfalls.

“It’s just a kind of a scrambling of what had been a very stable system on which we’ve erected all of human civilization.”

And it’s not just unstable weather, it’s unstable us.

“Agricultural yields could fall by half or more over the course of the century if we don’t change course,” said Wallace-Wells. “It affects respiratory illnesses, cancer. It affects cognitive performance, development of children.”

If you’ve been paying attention, none of this is news. What is new is that public opinion about the climate crisis is finally changing.

Pogue said, “When you see these headlines, like, ‘70% of Americans are now at least mildly curious,’ it’s not something to brag about. It still seems really low to me.”

“To me, something like 70% or 75% of the country expressing concern about an issue seems really high,” Wallace-Wells said. “We live an incredibly polarized world, where most of these issues, if you can nudge it past 50%, you’re doing incredibly well.”

So, what took us so long to become alarmed?

Wallace-Wells said, “Until quite recently, people didn’t see the effects in their lives. I think almost no one now can look at their TV screens and think to themselves, ‘Climate change isn’t real.'”

The federal government has done virtually nothing about climate change in the last few years, but in many ways, the country has marched right ahead anyway – the mayors of 438 cities, the governors of 25 states, and 700 universities have committed to cutting their emissions, mostly in line with the Paris Agreement, the 2016 international commitment to limit the Earth’s heating up to 3.6 degrees Fahrenheit or less in the next 80 years.

About a thousand major corporations have pledged to cut their emissions to Paris Agreement levels, too.

And why would corporations “go green”? Because of public pressure, investor pressure, and employee pressure.

Technology has been marching on, too. For example, carbon-capture farms featuring direct-air-capture machines – huge fans that extract carbon dioxide back out of the air. From there, the plan is to store it underground, turn it into fuel or building materials, or even sell it to carbonated drink companies.

Wallace-Wells said, “They can take carbon out of atmosphere at the cost of about $100 a ton. That’s much more expensive than it would cost to not put carbon up there in the first place. Those prices will probably fall further.”

Eleven of these plants are already operating as pilot projects. “You don’t want to use these to solve the whole problem, because among other things it would mean essentially barnacling the whole planet with plantations of carbon capture machines,” Wallace-Wells said. “But I do think that there is a role for carbon capture.”

Whatever steps we take, we will have to take them fairly. Research shows that extreme weather hits hardest in low-income areas and communities of color.

Johnson said, “It’s people in low-lying areas, people near waterfronts that aren’t protected, but also people who don’t have the resources to leave. Everyone in Hurricane Katrina who was trying to get out of New Orleans couldn’t. A lot of people didn’t have cars. It’s often a privilege to get to leave before a storm.”

All over the world, we’re building some of the most expensive public works projects in human history – defenses against rising sea levels and flooding from intense rains.

And in New York?

“New York is so valuable that we’re going to have to protect it,” said Wallace-Wells. “And so there are a variety of plans that are already in place. But there are also much more ambitious plans, that haven’t yet gotten greenlit, to enclose the entire harbor in a seawall. That would cost hundreds of billions of dollars.”

So, there is some good news: more people are talking about the climate crisis; more countries are doing something about it (even China); and last year, for the first time, the price of clean, renewable energy actually fell below the price of burning coal.

On the other hand, we’re getting started far too late.

Pogue asked David Wallace-Wells if the latest developments give him any hope: “If you’re hoping to preserve the planet of our grandparents, there’s no reason for hope,” he replied. “If you’re hoping to preserve the climate as we know it today, there’s really no reason for hope there, either. But I think that the worst-case scenarios are getting considerably less likely, because a lot of this action has taken place, a lot of the political momentum that we’re seeing.”

Scientists like Ayana Elizabeth Johnson (who in a 2019 TED Talk said Earth is in the midst of a “sixth mass extinction” brought on by climate change) are more skeptical. “I don’t really think myself as an optimist but as a realist,” she said. “So much of this change is already baked in. Things are really dire. But I’m also not giving up. And honestly, like, who are we to give up? We have to try.”

business card printing near me