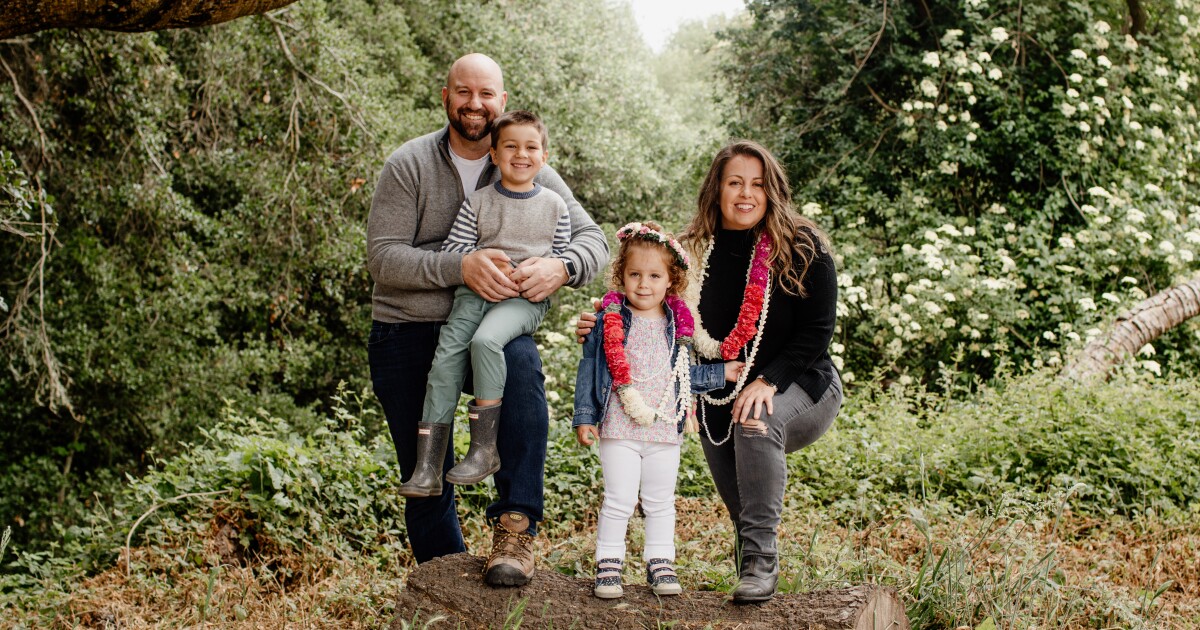 ndrew Bosworth is known in Silicon Valley circles as the guy who developed what would become Facebook’s News Feed and later helped create the social-media giant’s Messenger app and its Groups platform.

Today Bosworth serves as Facebook’s vice president for augmented and virtual reality. He possesses many of the same credentials as his colleagues — an Ivy League education (in his case, Harvard ’04), a computer-science degree, and a love of programming and solving tricky technical problems. But unlike most Bay Area techies, he also knows how to raise pigs and sheep and understands the finer points of agriculture and forestry.

That unexpected combination of interests plays out in his philanthropy. In 2019, he and his wife, April, gave $1 million to the National 4-H Council, a youth-development nonprofit known for its agricultural training. The donation reveals where the young donors’ philanthropic interests lie and how Andrew’s background in particular informs the couple’s giving.

He grew up in a farming family whose roots stretch back 125 years. He has been a member and backer of 4-H for more than 30 years, starting from about the age of 5, when he tagged along with his two older sisters to their 4-H activities. April was also a member of 4-H when she was growing up in Pennsylvania, and Andrew’s mother, Vicky Bosworth, was in 4-H as a youth and remains active with the organization today.

Learning how to program computers from a fellow 4-H member led to a career at the top rungs of Silicon Valley.

Together Andrew and April Bosworth, who are in their late 30s, have given a total of roughly $2.5 million to nonprofits. The couple have been giving to local Covid-19 relief funds since the pandemic hit in March, but the bulk of their long-term giving is directed to local environmental groups in Northern California and national STEM education programs for youths. They also support international efforts to improve women’s rights.

“Those have been our vision for the last seven or eight years now, and it continues to feel really strong to me,” says Andrew. “That doesn’t mean we aren’t open to other priorities. We do support other initiatives that come along that we feel are a good natural fit for us at a lower level.”

The couple’s gift to 4-H is their biggest to date and one of two large donations they made in 2019 to nonprofits closely associated with Andrew Bosworth’s family history.

The Bosworth family has owned and lived on land in Saratoga, Calif., since the early 1890s, where they farmed 240 acres — mostly prunes and apricots — well into the middle of the 20th century. The family later transitioned to other types of agriculture and today operates Garrod Farms, which includes horse stables and riding trails that are open to the public, and the Cooper-Garrod Estate Vineyards, the family winery.

While Bosworth learned animal husbandry and other agriculture practices through 4-H and the family business, he also learned how to use and build computers through a local 4-H program. He first learned how to program computers from a fellow 4-H member, setting him on the path to a career on the upper rungs of Silicon Valley.

“4-H is not just cows and cooking. People associate it with agriculture and animal husbandry, which is fair — that is part of it and where its roots are. But they do so much more than that,” Bosworth says. “There are people now involved with 4-H who are just doing robotics or computer programming, and that is not widely known.”

In fact, the nonprofit operates a variety of programs that combine STEM and agriculture, along with programs on environmental science and alternative energy, entrepreneurship, financial literacy, and other topics. The $1 million the Bosworths gave the organization is aimed at expanding the nonprofit’s STEM programs.

Although he didn’t realize it as a child, technology and the entrepreneurial spirit prized by today’s tech firms were a natural part of farm and ranch life. Bosworth says his grandfather, who led the family’s farming and ranching businesses, was always trying to come up with new processes to improve efficiency and embraced the use of computers and spreadsheets long before many other family-owned businesses did.

“Farmers are deeply entrepreneurial. You’re not just growing crops. You’re also in a barter economy and trying to find little side businesses that you can come up with,” Bosworth says. “So I don’t think the entrepreneurial spirit that is pervasive in Silicon Valley is so distant from its agricultural roots as people think.”

Bosworth also credits farm life and his experiences in 4-H’s animal husbandry, wildlife, and forestry programs as a youth with helping him build the particular set of skills that he says had a greater impact on his career than did his technical skills.

He learned accountability and responsibility by raising animals, public speaking and showmanship when he had to show his animals at county fairs, and management skills running 4-H club meetings and serving in leadership roles like club secretary and president. He also learned about community service.

“One of the major pillars of 4-H is being community oriented and thinking about other people and the greater good,” Bosworth says. “Along with my family, 4-H deserves some of the credit for ensuring I’ve always tried to think about how I can position my own success to be a broader success for others in the community.”

The other large gift the Bosworths gave in 2019 — $500,000 to the Peninsula Open Space Trust — went toward land, habitat, and agricultural conservation in the part of California where the couple lives and where Bosworth’s family has had ties for over a century.

Bosworth joined the nonprofit’s Board of Directors six years ago and now serves as chairman. His family has close ties to the group: One of his uncles serves on the board, and his grandfather was a founding board member. The family has also donated land to the organization over the years.

He says he sees his recent cash gift as one of the most important he and his wife have given locally because so much of the area has been developed, and the remaining open land and habitats are in ever more danger of being lost to office buildings and asphalt.

“We’re in the end game. There isn’t a big frontier anymore, and so especially as it relates to the Bay Area, it felt like a really important time to get involved,” Bosworth says. “There’s also a big farmland futures initiative at the trust to preserve local food production, which is near and dear to our hearts, so creating a nicely balanced environment where people, farmers, open space, and wildlife can live in relative harmony, that’s what we’re excited about doing locally.”

No Fan of Galas

Bosworth says Peninsula Open Space Trust and 4-H are the kinds of nonprofits that capture his attention because their leaders possess a strong and clear vision that is solely focused on the nonprofit’s mission. They are also charities he can not only write a check for but also help in other ways.

“What I like about Peninsula Open Space Trust and 4-H is these are areas where I have a deep personal connection as well as experience that’s relevant to their work,” he says. “That allows me to contribute not just monetarily but to hopefully help them solve some of the problems they’re having that are relevant to my interests.”

Bosworth says he is put off by nonprofit leaders and major-gift officers who try to persuade him to give by telling him the cause or charity is popular with his peers or when a charity’s efforts seem overly focused on producing one fundraising event after another.

“I fully respect that nonprofits have to spend money to raise money; I have no problem with that,” Bosworth says. “But I worry about these ones that seem to raise enough money just to put on the next [fundraiser]. When a charity becomes more about the spectacle of charity as opposed to the work of the charity, that’s certainly a turn-off for me.”

The Bosworths are just getting started with their philanthropy and plan to keep their giving simple and direct for the time being. They do not have a foundation and don’t plan on starting one. Bosworth says they are considering establishing a donor-advised fund, but he says that is mostly to keep better track of their philanthropic bookkeeping.

Right now, Bosworth says, he and April are focused on backing their main causes and taking care of their two young children. Rather than teaching them the importance of giving money, a concept beyond the reach of a toddler and a 5-year-old, the Bosworths believe it is more meaningful to teach them the importance of hands-on community service.

During the Christmas season, the Bosworths take on gift duty for a family who can’t afford to buy their children presents. The Bosworths and their kids shop for and wrap gifts for the other family. Andrew says it is a simple yet powerful lesson for young children to go through that process and learn that the toys they choose are not theirs but will be given to another child who is less fortunate.

He says he and his wife also look forward to when their children are old enough to enroll in 4-H and volunteer in food drives, soup kitchens, neighborhood cleanups, and community gardening programs so they can also learn the satisfaction of doing things to benefit others.

“If you want to raise a philanthropist, don’t teach him how to donate money. That’s the boring part of philanthropy. Teach them to love the feeling that they’re able to help someone else and to cherish tangible community service that they do with their hands,” Bosworth says. “That is what leads them later in life to a much richer perspective on service.”