Buzzing with ideas to keep pollinators and plants thriving 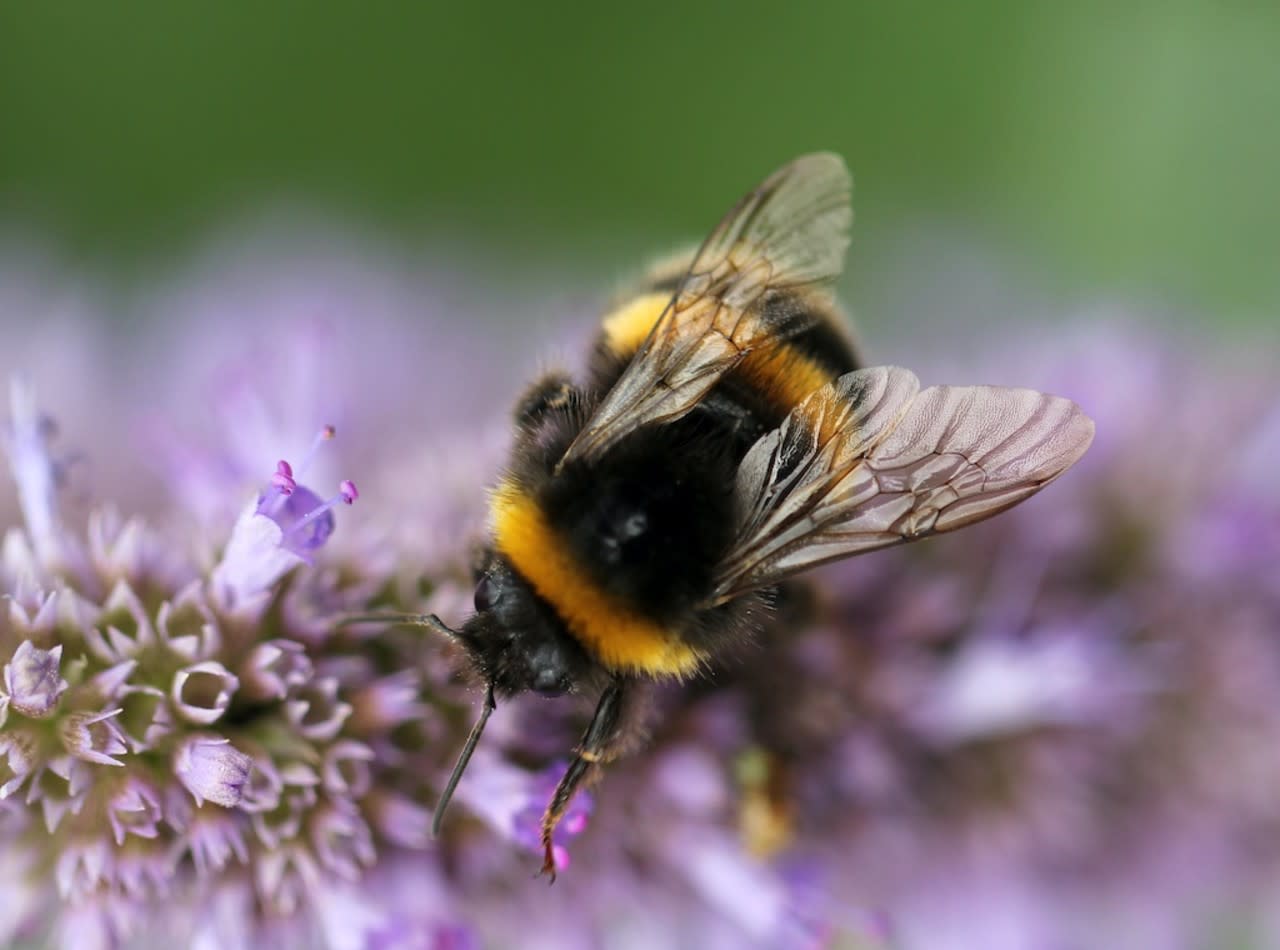 While it’s no secret the world’s most critical pollinators have been in decline for years, the answers on how to save them, at the very least, to ensure a continuity of the fertilization of plants is much less transparent.

It’s widely known that bees and other insects are responsible for pollinating at least one of every three bites of food people eat. With that important role, their survival is paramount to the global food supply, as no pollination puts many crops in serious jeopardy.

Dan Kraus, a senior conservation biologist with the Nature Conservancy of Canada, spoke to The Weather Network recently about the essential relationship between plants and pollinators, and their importance to humans.

SEE ALSO: Turn your yard into a pollinator paradise this summer

“Many of our native plants have developed relationships with native pollinators over thousands and thousands of years. Having those plants, both as nectar sources and where pollinators can lay their eggs, where the larvae can grow, is important,” said Kraus.

The good news is there are things people can do in their own backyard to help some of the pollinators, including ones that are at risk. This includes planting native flowers.

“Pollination is a critical service that nature provides people,” Kraus said. “We’re living in a world now where many of these groups of pollinators, from monarch butterflies to bumblebees, are declining.”

The reasons for pollinators’ decline is “complicated, not fully understood,” particularly bumblebees, Kraus said, a fairly common insect at one point that seems to have vanished in some places.

While climate change and pesticide use have been linked to the drop, habitat loss is a contributing factor, which is why the NCC encourages people to create habitats in their yard, in addition to planting native flowers, to help increase their populations, especially during the winter.

In the fall, people should avoid raking leaves because some pollinators will spend the winter underneath leaf cover, Kraus said. Another suggestion is to leave patches of bare soil, as some species of bees will create their nests in the ground, or leave logs, branches or forms of wood lying around, as they all provide habitat for pollinators.

The drop in pollinators such as wild and honeybees is linked directly to a decline in crop yields, particularly in British Columbia and the United States.

A new study published in Royal Society’s journal Biological Sciences reviewed data from more than 130 farms across the province and U.S. to examine the pollination of crop flowers and yield for apples, highbush blueberries, sweet and tart cherries, almonds, pumpkins and watermelon.

Of them, the study found five of them frequently showed signs of pollinator limitation, indicating that the protection of wild bees and more investment in honeybee colonies will probably boost yields.

Worldwide demand for crops that rely on pollinators has increased, while the development of the crops often damages bee habitat, according to Kyle Bobiwash, a co-author of the study, a University of Manitoba assistant professor in the entomology department.

As Kraus mentioned, habitat loss is one the contributing factors to the decline. The Nature Conservancy of Canada partners with groups, governments and communities to protect natural areas that sustain Canada’s plants and wildlife. It does so by securing properties through donation, purchase and other means for the long term.

One of the native pollinators that is endangered in Canada is the Poweshiek skipperling, a small grassland butterfly species whose historic range includes southern Manitoba. Today, there are only two small, isolated locations where the butterfly can still be found: The Tallgrass Prairie National Preserve in Manitoba and a second site near Flint, Mich.

Current estimated numbers put it at less than 500, making it one of the most threatened species in the world. This species is just of many that are seeing drops in numbers, something that has a “consequence for nature,” Kraus said.

It isn’t just in Canada where conservation effors are ongoing to give the pollinators a boost. One of the ideas is a proposal by a U.K.-based charity, Buglife, to restore and create at least 150,000 hectares of wildflower pathways, in conjunction with the recent launch of its B-lines network in England.

Buglife’s B-Lines, a carefully organized network of existing and potential wildflower habitats across the country, is a 3-kilometre-wide corridor. It stretches from the coast to the countryside, as well as and towns and cities, covering 48,000 square kilometres of England.

It is believed that the pathways will help rejuvenate species such as the long-horned bee. Once common in south England, farming and over-grazing by sheep and cattle has dramatically reduced its food access, thus leading to a decline in numbers.

Scotland’s National Ecological Network (NEN) has stated that 40-70 per cent of insect species in the U.K. could become extinct if their habitats are restricted to small pieces of land.

With the drastic loss of pollinators in the world, many countries are resorting to alternatives to pollinate crops. Robots and drones have been incorporated, and in extreme cases, in areas where there are little to no insects, pollination is being done manually by people, even by children.

However, “I don’t think that’s the world we want to live in,” said Kraus, as there are financial costs to manual pollination, including food price increases, which essentially is a service nature provides for free. “Really the key issue about food security, access to food, is making sure we have these native pollinators.”

Still, there are other ways to ensure the necessary plants will get the pollination they need for crop production. A recent study published in iScience explores soap bubbles as a viable option.

“Chemically functionalized soap bubbles exhibit effective and convenient delivery of pollen grains to the targeted flowers thanks to their stickiness, softness, high flexibility, and enhancement of pollen activity,” the study outlined.

The authors of the study, Eijiro Miyako and Xi Yang, state it is possible to mechanically stabilize soap bubbles capable of enduring the windmills produced by robotic pollination. An unmanned aerial vehicle equipped with a soap bubble maker has been freely controlled to pollinate flowers.

“Such technology of automatic intelligent robotic pollination with functional soft materials would lead to innovative agricultural systems that can tackle the global issues of pollination,” stated in the study.