Brothers living with autism show off their ‘superhuman’ abilities through art, technology 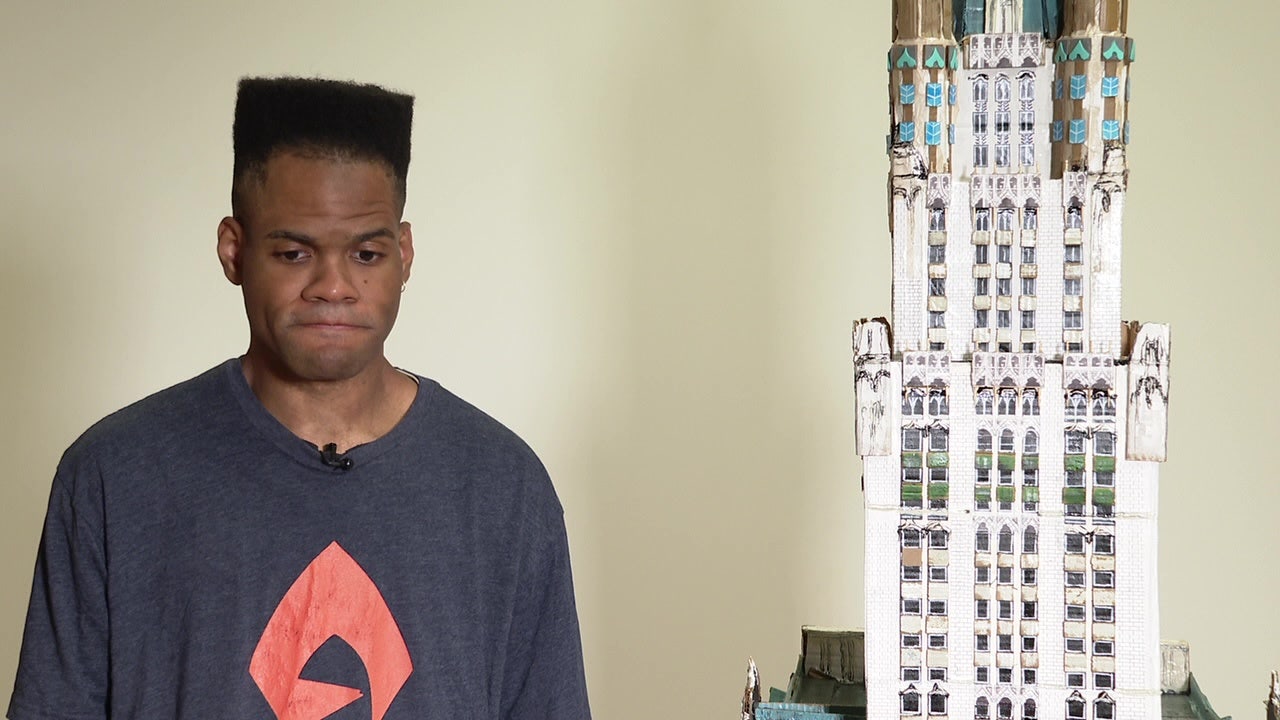 Brothers living with autism show off their ‘superhuman’ abilities through art, technology

Kambel and Kantai are self-labeled ‘Autisarians’ – a word they and their father came up with to reimagine people living with autism as having superhuman powers.

PHILADELPHIA – Kambel Smith’s latest works of art is on display at the Fleisher/Ollman Gallery in Philadelphia.

He recreates popular landmarks from around the country with extreme detail using cardboard. A sculpture of the Woolworth Building in New York City stands taller than Kambel in the gallery. He says it took him about two months to make.

“A lot of hours, I never took no breaks,” Kambel explained.

Kambel is a self-labeled ‘Autisarian’ – a word he, his brother Kantai, and father Lonnie came up with to re-imagine people living with autism as having superhuman powers.

Kambel says his superpower is to see scale without using any measuring tools.

“He doesn’t have to be able to fly or to run like Flash or things like that. It’s just an ability that’s, you know, above average, and that is a superhuman ability,” Lonnie added.

Every great superhero also has their origin story.

“He was a very angry little boy, and you know I didn’t really help with that too much because I kind of dealt with him like a child who needed discipline,” Lonnie said.

Kambel directed that negative energy into creating art. It started with sketching comic book heroes and then he moved on to painting. Sculpting with cardboard came after he ran out of canvas.

“He realized he could see buildings, he could see the scale of buildings, and he didn’t have any tools,” Lonnie explained. “So he took that ability and he just started creating.”

Kambel isn’t the only Autisarian in the family. One of younger brother Kantai’s superhuman abilities is coding computers.

Kantai even developed a gaming app for your Android phone and a computer-animated film.

“It took time doing it. So I got the hang of it, so it was actually kind of fun doing it,” Kantai said.

The film is based on characters Kambel created when he first got into art.

“It’s awesome, and I’m proud of myself. I want to make my dad proud of me when I do this stuff,” Kantai added.

The super team is now venturing into the virtual reality gaming world at a state of the art tech center called the ‘Holodec.’

“Once an individual, autistic or anyone goes into a virtual world, they forget about the distractions of the outside world, and they just do what they do,” Lonnie said. “Once you can look at them in that type of environment, they do things that that you wouldn’t expect.”

At the end of the day, a father and his sons are joining forces to make the world a better place.