Biden to Propose Eight-Year Path to Citizenship for Illegal Immigrants 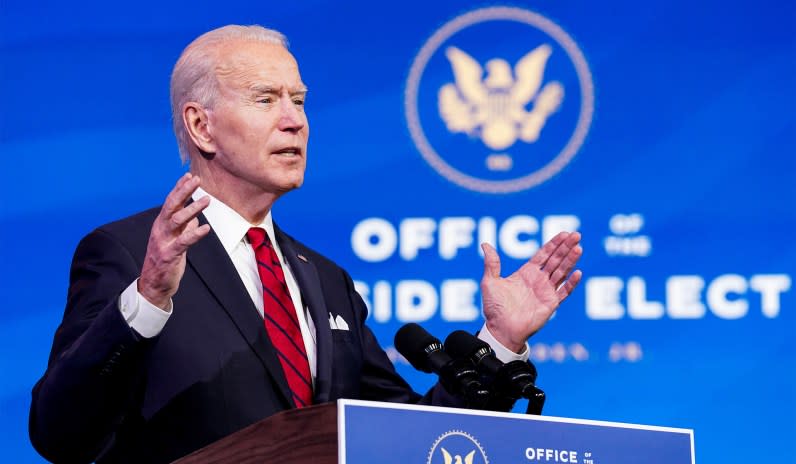 President-elect Joe Biden is set to propose an extensive immigration reform bill on day one of his administration, which includes an eight-year path to citizenship for an estimated 11 million people living in the U.S. illegally.

The bill, which is expected to fill hundreds of pages, would offer one of the quickest pathways to citizenship for illegal immigrants in recent years: those living in the U.S. illegally as of January 1 would have a five-year path to temporary legal status, or a green card, contingent upon a background check, paying taxes, and other basic requirements, according to the Associated Press.

What follows, should eligible immigrants decide to pursue citizenship, is a three-year path to naturalization.

Meanwhile, “Dreamers” — young people who were brought to the U.S. illegally as children — as well as agricultural workers and those under temporary protective status could receive green cards even sooner if they are working, in school or fulfill other requirements.

However, the measure does not include Republican-supported enhanced border security, only calls for coming up with strategies and for the use of technology, which could prove a hurdle to its passage in Congress as Biden would need to earn support from some GOP senators to pass the proposal into law.

The legislation also aims to address the causes of migration from Central America to the U.S. and offers grants for workforce development and English language learning.

On Inauguration Day, Biden is expected to issue a series of executive orders to reverse other Trump immigration actions, including the outgoing administration’s travel “ban” on predominantly Muslim countries.

On the campaign trail, Biden repeatedly promised that immigration reform would come on day one of his administration.

“[W]e made a mistake. It took too long to get it right,” Biden said of the Obama Administration’s record on immigration, during the October 23 presidential debate.