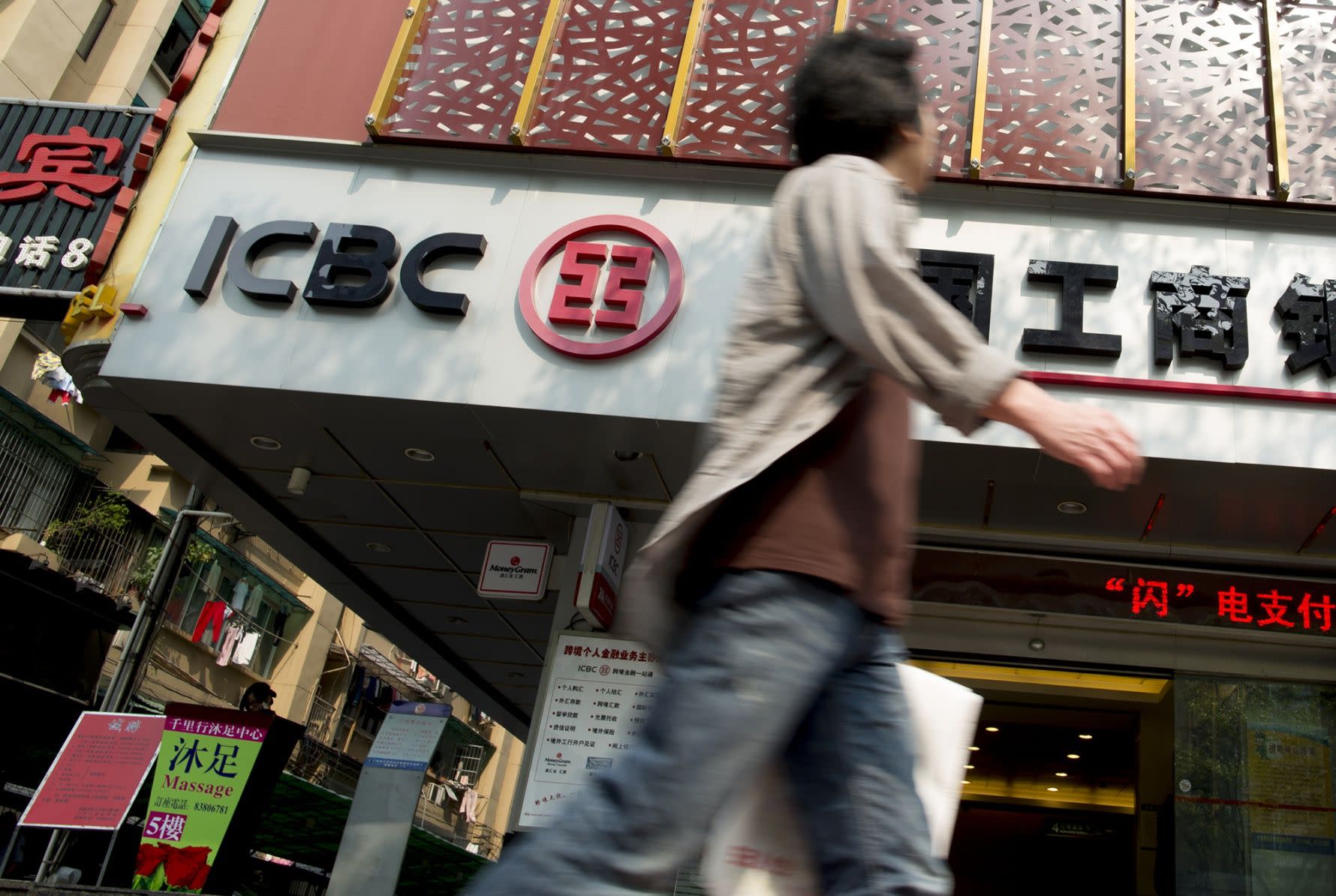 (Bloomberg) — China’s biggest banks posted their worst profit declines in more than a decade, putting pressure on their dividend plans, as bad debt ballooned and the government drew them into efforts to backstop a slumping economy.

“Profitability in the banking sector will continue to face relatively large pressure in the coming one to two quarters as risks may further increase,” said Zeng Gang, deputy director of National Institution for Finance & Development in Beijing, pointing to reduced interest rates on loans and rising bad-debt ratios.

China’s $45 trillion banking system has been put on the front-line of helping alleviate the worst economic slump in 40 years, triggered by a large scale shutdown due to the virus outbreak. Authorities have required lenders to forgo 1.5 trillion yuan ($218 billion) in profit by providing cheap funding, deferring payments and increasing lending to small businesses struggling with the pandemic.

The banks warned that the second half would continue to be challenging. “The global economy faces unfavorable conditions including significant contractions in global trade and investments, volatile financial markets, limitations on interactions between countries, disruption of globalization and heightened geopolitical tensions,” ICBC said in its report.

Pressured by the government to lend to businesses, loans and advances at the four big banks rose between 7% and 10% in the first half, even though bad debt surged.

Shares of the biggest banks rose in Hong Kong, with AgBank and BOC rising more than 1% as of 10:40 a.m., matching gains in the city’s benchmark index.

In total, China’s more than 1,000 commercial banks posted a 24% decline in second quarter profits, with non-performing loans hitting a record 2.7 trillion yuan. Citigroup Inc. last month slashed 2020 to 2022 earnings forecasts for major Chinese banks by more than 10 percentage points and expects them to suffer a 13% drop in profit this year.

Investors have never been so downbeat on Chinese lenders’ outlook. Shares of the biggest banks are trading at about 0.45 times their forecast book value, a record low valuation, after underperforming the benchmark indexes in Hong Kong and on the mainland for most of the past five years.

Speculation has also grown on whether Chinese banks will be able to maintain paying out about 30% of their profit in dividends. Another lender, Bank of Communications Co., on Friday reported a 15% decline in profit and said it was looking over its dividend policy.

“The dividend policy needs to be aligned with the external environment and conditions,” Bocom Vice President Guo Mang said on Friday. “It’s necessary for every bank to study their current policy — while trying to retain more capital we should also handle the relationship between bank growth and shareholder dividends.”

Chinese banks joined the chorus of global lenders warning about a difficult economic outlook. HSBC Holdings Plc said the fallout from the pandemic may trigger loan losses of as much as $13 billion this year, while JPMorgan Chase & Co. spoke of a protracted downturn and said government stimulus was making it harder to gage the economic damage.

In the worst case, China banks could be guided to reduce profit by around 20% to 25% in 2020, according to Jefferies analyst Shujin Chen. Further reduction would hurt banks’ capital even without any dividend payout and would be harmful to financial stability, she said.

Even so, analysts at China International Capital Corp. said there was reason to be optimistic about next year as the economy recovers, regulators let up on capping profit growth and trading increases. “Supported by the three factors, industry valuations will likely get a boost,” analysts led by Victor Wang wrote in a note.

China’s economy continued to rebound in August, with a gauge of the services industry at the strongest level since early 2018 while the expansion in manufacturing activity slowed slightly.

Growth recovering as President Xi Jinping is accelerating his push to make the economy more independent amid a broadening confrontation with the U.S. over everything from trade to finance and technology.

Tensions between the world’s two super powers over Hong Kong has sparked tit-for-tat sanctions on politicians and officials on both sides over the past few weeks. China’s biggest lenders are looking over their accounts in order not to endanger their access to crucial dollar funding. The big four banks had $1.2 trillion in such funding at the end of June and could face fines for doing business with any of the 11 Hong Kong and mainland officials targeted by U.S. sanctions.

(Updates with comments in 3rd and 15th paragraphs, shares in 7th.)

bloomberg.com” data-reactid=”54″>For more articles like this, please visit us at bloomberg.com