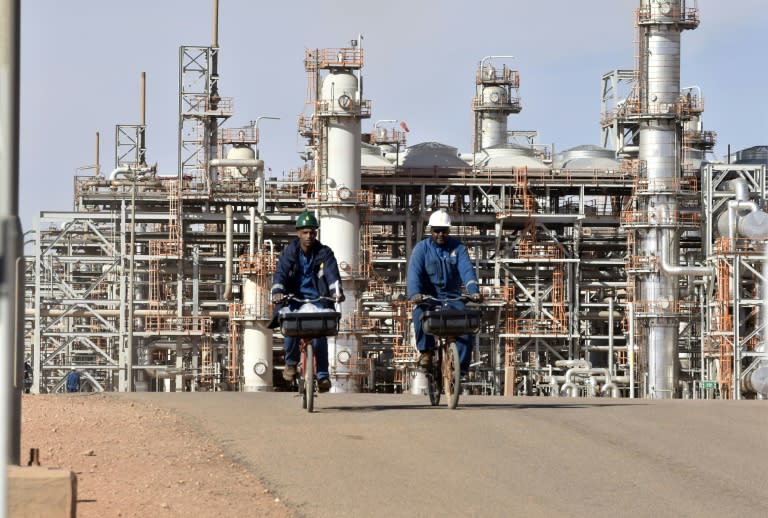 Days ahead of a final deadline, activation of a long-planned Algeria-EU trade deal risks unravelling as political and business leaders in the North African country warn it will undermine economic sovereignty.

The deal is meant to come into effect on September 1, a decade and a half after the two sides initially agreed their Free Trade Agreement as part of a wider pact setting out economic, social, cultural and judicial cooperation.

But as the clock ticks, concern has grown in Algiers about the coronavirus-hobbled economy’s ability to cope without tariffs on steel, textiles, electronics and vehicles — protective measures originally meant to end three years ago.

For Ali Bey Nasri, chairman of Algeria’s exporters’ association, “the agreement was badly negotiated from the start.”

“When the deal was ratified in 2005, the EU had only 15 members, while now it is 27 strong and in a few years the membership will grow,” said Nasri.

A free trade zone would be a “disaster for the national economy”, he added.

The head of state insisted that the deal “must be the subject of special attention, asserting our interests for balanced relations”, an official statement said.

Algeria’s hydrocarbon-dependent economy is in an extremely fragile state, as the effects of policies around the world to contain the coronavirus pandemic have hit already diminished oil and gas revenues.

On Wednesday, Prime Minister Abdelaziz Djerad pledged a thorough review of the country’s trade terms and promised to revise all economic and commercial agreements “harmful to the country”.

Djerad did not mention the EU free trade deal explicitly, but he was clearly alluding to it.

The EU is Algeria’s largest trading partner, and Algeria is the EU’s third-largest supplier of natural gas after Russia and Norway, according to the European Commission.

Algeria imported $320 billion in goods from the EU between 2005 and 2019, according to Nasri, mainly in the form of machinery, transport equipment and agricultural products.

This figure is more than 20 times the $15 billion in non-oil and gas exports Algeria sent to the EU over the same period.

Algiers has repeatedly asked to renegotiate the terms of the agreement.

It says the EU has failed to respect a part of the deal concerning the transfer of technology and the movement of people, with Algerian nationals finding it extremely difficult to obtain EU visas.

Algiers has also asked the EU to encourage European companies to invest in the country, but to little avail.

“The Algerian-EU partnership did not fulfil its promises for Algeria,” said economics professor Nadji Khaoua.

The deal is not a fair one for the country, the economist contends, and opening up its markets to foreign consumer goods will do little to create an economy less dependent on oil revenues, nor will it make it more productive.

“A pause is needed to discuss afresh fundamental issues that are hindering a fair distribution of economic benefits,” Khaoua said, adding that Algeria should renegotiate the deal with the EU.

Nasri agreed that a rebalancing of relations with the Europeans is sorely needed.

“They want to sell (to us) and we are cash-strapped,” he said.

“I am one of those who says ‘basta'”, said Nasri, using an Italian term for ‘enough’.

“The EU does not want Algeria to implement measures to protect our already fragile production,” he added.

Asked by AFP about the looming deadline for implementation of the trade deal, the ministry of commerce was vague.

An official said only that an inter-ministerial working group had been formed and tasked with “evaluating” the agreement, without giving further details.