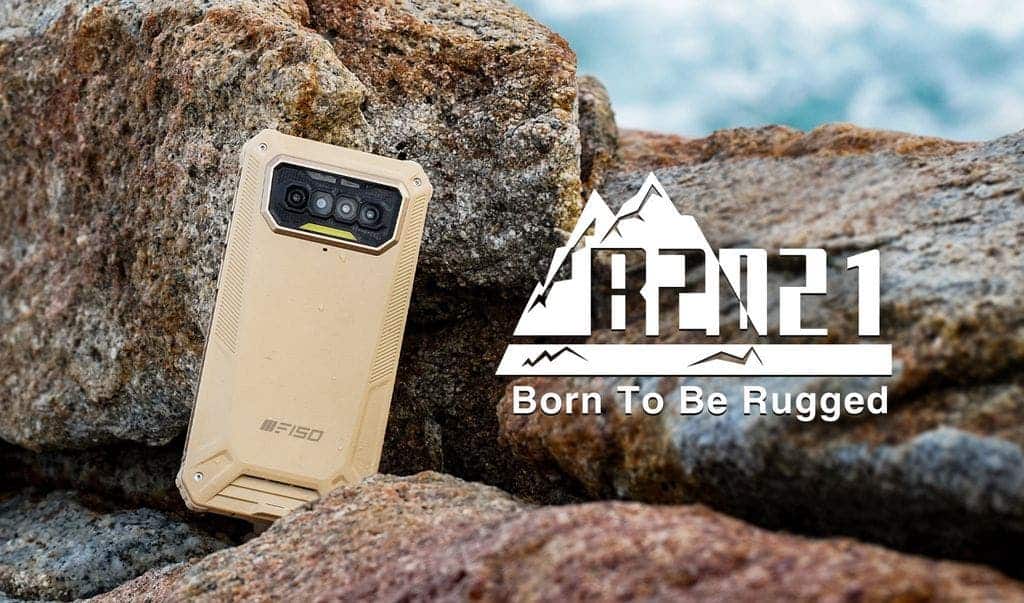 Alan Kay once said, “People who are serious about software should make their own hardware.”  F150 was established by a group of employees from Hong Kong OXO Technology Limited, a software company. These guys took the words of Alan Kay to heart when they realized the rugged phone industry did not provide a convenient software solution for outdoor activities or a harsh working environment. This article discusses some really exciting software innovations in F150’s B2021.

B2021 comes with an optimized Android 10 operating system (OS). This OS comes with 2 specialized modes. The 2 modes are named normal mode and outdoor (F150) mode. 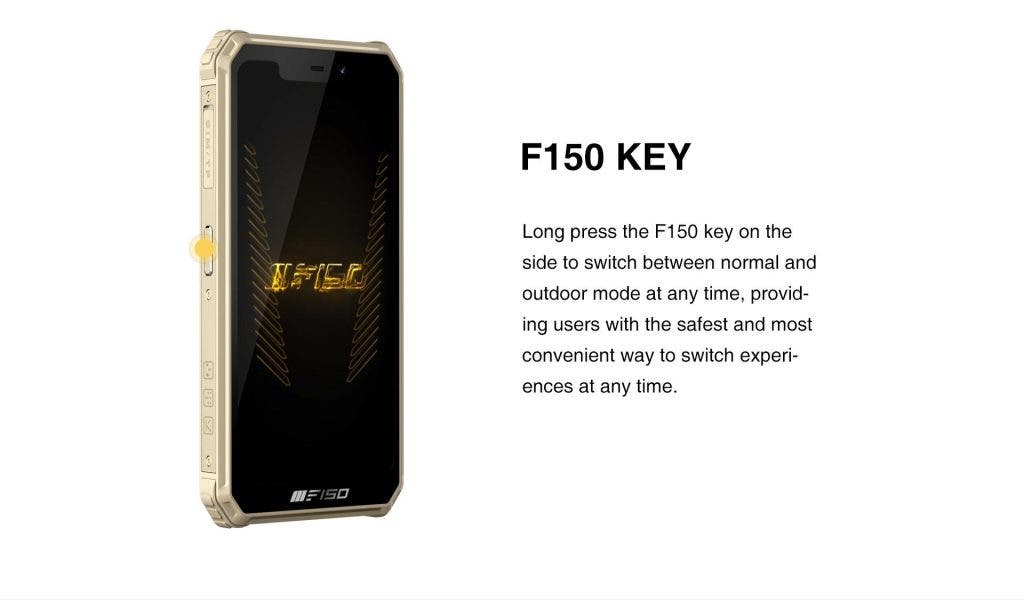 Long press the Dedicated F150 key to switch in between modes. A short tank-like animation precedes the switch between modes.  Pressing the button continuously and rapidly will activate the emergency sequence, a loud SOS alarm blur out while the flashlight flash, that’s an important humane design for your safety in outdoor adventures. We considered the most user- friendly and safety-oriented approach during the design process.

In the F150 mode, the content of the toolbag is dynamically displayed directly on the mobile phone desktop. The Compass features the signature compass pointer for showing directions but also provides latitude and longitude information instantaneously as your position changes.

The Power Manager monitors your power consumption rate and updates frequently. In case you are running low on power, you can switch to “power saving mode” or “extreme mode” depending on how low your power is to conserve for power. All the functions and features of this smartphone are designed to make you feel safe wherever you find yourself.

F150 B2021’s toolbag is different from existing competitors in the market, not only in the way it is presented but also from a functional aspect. The rugged phone is equipped with 4 kinds of sounds effects: Alarm, Dog bark sound effect, Engine sound simulator, and the SOS alarm. We believe these sound effects have their place and use. They are designed to keep you safe, you never know, the dog bark might scare away a predator in the wild and the SOS might get you the help you need. It is designed to let you be safe for outdoor adventurers!

Torch, Compass, Protractor, Plumb, Fs-Clock, Timer, Voice Simulation, Step-Counter, and Magnifier, these tools are also included in the tool bags. It is important to mention that all these tools work great offline also. 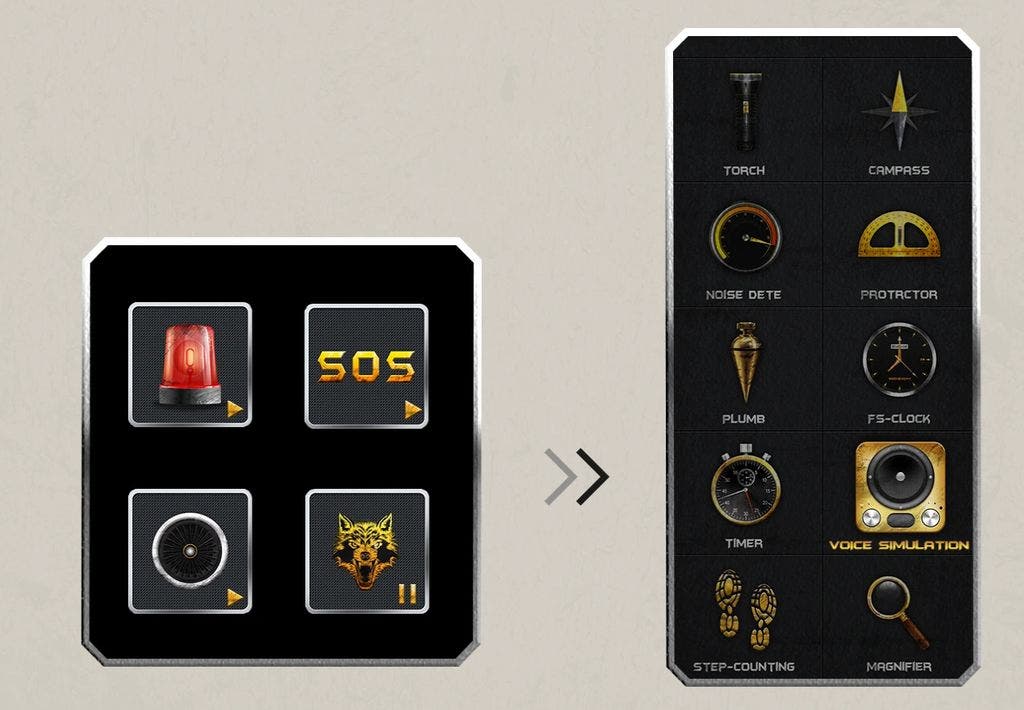 The toolbag design emphasizes the characteristics of every tool and its function. The sound effect of the tool is also included to simulate a real-life experience as you use the tools. We believe a rugged phone is a tool, and the tool is the extension of the human body.

4.Octagonal Design, UI Color, Software, and Hardware Are Integrated from the Design Aspect 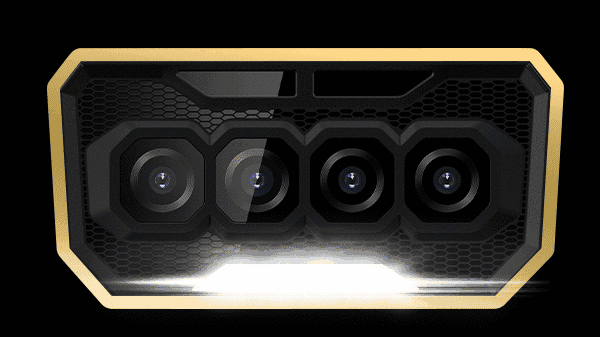 The octagon element can be seen everywhere in the B2021, not only its physical appearance, but also in the software aspect. In the B2021 model, all the app icons are in the shape of an octagon. Most of the widgets, apps, and texts are all in yellow outdoors color. The shape is also integrated into the boot animation, UI design, external and internal body design elements. 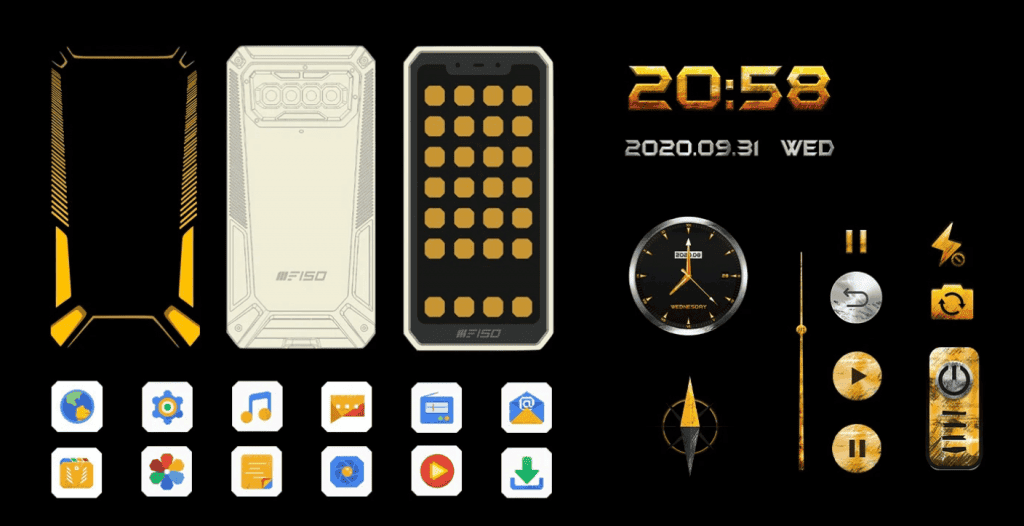 F150 is scheduled to begin mass production of B2021 in the first week of January after the new year holidays.