30 Jobs That Aren’t Worth Their Education Requirements 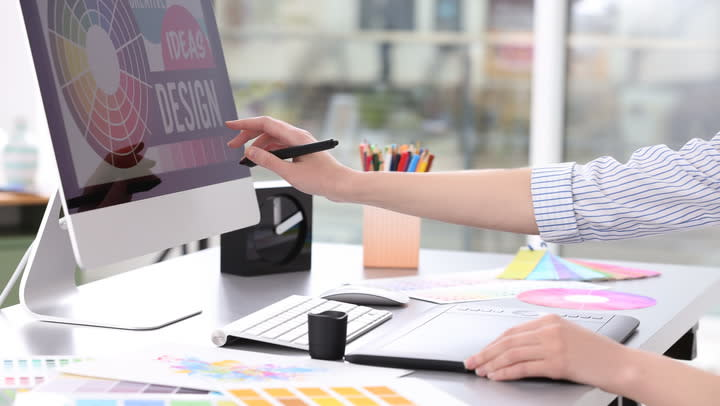 For younger generations, the possibility of graduating from a university debt-free is becoming more of a pipe dream. According to a recent survey from Handshake, a career services platform for college students, more than 73% of Generation Z students will have loans to pay off upon graduation. And with the cost of college jumping 3,009% in the past 50 years, according to data from the National Center for Education Statistics and The College Board, it’s no wonder that many view the issue of student debt as a major problem.

Wages haven’t grown much to compensate for this drastic increase in cost, either. Data from the Federal Reserve Bank of St. Louis shows that the median household income only rose about $7,000 from 1986 to 2016. So, while the price of higher education has steadily climbed, there has been almost no change in earnings — especially for positions that demand a college degree.

Nowadays, it seems like a bachelor’s degree is required for even the most entry-level positions. But many of these jobs may not provide the financial return you’re looking for, and some certainly aren’t worth the cost of your degree.

To determine which jobs aren’t worth their education requirements, GOBankingRates analyzed data from the Bureau of Labor Statistics and found occupations requiring a bachelor’s degree with no previous work experience. From there, the study looked at a number of factors pertaining to each job, including the average four-year degree cost and 30-year earnings after paying off the degree and calculated the median annual salary for each occupation after adjusting for degree costs. Jobs were ranked based on their return on investment. Check to see if your current job is on the list and whether you should consider finding a more stable career.

Technical writers prepare guides, journal articles, manuals and other supporting documents to communicate technical information. Knowledge or experience within a technical subject, like science or engineering, is preferred for this position. The job growth for technical writers is faster than average at 8%.

There is a considerable decline in growth rate for this position at negative 5%. Most insurance underwriters are certified and have extensive computer skills, with moderate on-the-job training.

Purchasing agents and buyers are also expected to see a steep decline in job growth over the next decade. By 2028, the occupation is expected to lose about 29,200 jobs. Purchasing managers often need a few years of experience in addition to a bachelor’s degree, with those interested in farm products getting a degree in agriculture, agriculture production or animal science.

Cartographers and photogrammetrists collect, measure and interpret geographic information to create maps and charts. Some positions require an extensive amount of travel to map locations, and the job growth rate is much faster than average at 15%.

Find Out: The Real Cost To Attend America’s Best Colleges

Many agricultural and food scientists are required to obtain advanced degrees, which may significantly increase your higher education costs if you’re interested in this occupation. These positions work in the field, laboratories and offices.

Food scientists need a different degree compared to agricultural scientists, but they work in similar environments. Food scientists’ positions are projected to grow 7% from 2018 to 2028 — faster than average for all occupations.

Surveyors make accurate measurements in order to determine property boundaries. In addition to a bachelor’s degree, many surveyors need a prior internship or residency in this field of work. You would also spend a considerable amount of time outside regardless of the weather, which requires standing for long periods of time.

Dietitians work in hospitals, nursing homes and clinics, helping people create a healthier lifestyle through food. Most dietitians need an internship or residency opportunity in addition to a bachelor’s degree.

Conservation scientists and foresters help manage the land quality in parks, forests and other natural environments. This job is expected to grow slower than the average occupation at merely 3%, with only 1,000 more positions added between 2018 and 2028.

Camera operators capture a wide range of media for TV shows, media and movies, among other things. Cinematographers, studio camera operators and videographers are all under this particular job description and often have several assistants to accompany them to various projects. While camera operators may not have a great return on investment, the projected job growth rate is 11%, which is much faster than average.

Public relations specialists handle a company’s communication efforts, including writing press releases and speeches. They also respond to media requests and maintain company image. The outlook for this particular job is average, with a growth rate of 6% and 17,300 expected new jobs in this field from 2018 to 2028.

Elementary school teachers support students K-5 and must have a state-issued certification or license in addition to a bachelor’s degree. However, the growth rate for this position is much slower than average at 3%, which may have to do with the steady decrease in average teacher salary over the past decade.

Forensic science technicians collect and analyze evidence during criminal investigations. While this job does require moderate on-the-job training, the projected growth for this position is much faster than average at 14%, with 2,400 jobs to be added between 2018 and 2028.

Read More: The Best College Majors If You Don’t Want Any Financial Regrets

Interior designers create functional spaces for their clients in a home or office setting. As of 2018, there were 75,400 interior designers with a projected change of 3,300 jobs from 2018 to 2028.

Clinical laboratory technologists and technicians have a fairly important job, as they perform tests and collect samples in hospitals, labs and doctors’ offices. Clinical laboratory technicians may only need an associate’s degree or postsecondary certificate for this position, while technologists need a bachelor’s degree. Some states also require both of these positions to be licensed in order to perform their jobs effectively.

Check Out: 39 Jobs That Can Make You a Millionaire Before Retirement

Current graphic designers may face some strong competition for job openings, as the projected growth rate is much slower than average at just 3%. Many graphic designers work in specialized industries like advertising and publishing, which makes the adjusted salary for this position seem incredibly low.

While a bachelor’s degree is the most common way to jump-start your career in social work, clinical social workers must obtain a master’s degree followed by two years of experience in a clinical setting. What’s more, they must acquire a license in the state where they practice. Even with licensure and various degrees, social workers get paid exceptionally low salaries for their work.

Meeting, convention and event planners coordinate all aspects of events and professional meetings. This position may require some experience in the hospitality industry, as there is plenty of travel to hotels, convention centers and event spaces. There will be 9,600 new jobs added from 2018 to 2028, with a 7% projected growth rate.

Exercise physiologists help sick and injured patients by developing fitness programs to get them healthy. As of 2018, there were 15,800 exercise physiologists across the country, with half self-employed. You might think this will lead to considerable uncertainty, but the job growth for this position is faster than average at 10%.

Related: 30 Best Jobs If You Want To Retire Early

Fine artists include painters, sculptors and illustrators, with extensive on-the-job training for these positions. The employment growth and job outlook are pretty slim for artists, as their roles are strongly based on whether other people can afford their art and services.

The need for athletic trainers is expected to grow 19% in the next few years. Athletic trainers can work in a variety of places, including schools, colleges, hospitals and fitness centers. However, the average pay seems to stay the same regardless of location.

While a bachelor’s degree is typical for this position, many jobs require you to have a master’s degree and an internship to be considered. Considering the level of education and experience to work in this field, the adjusted salary is fairly low for mental health counselors.

Biological technicians aid biological and medical scientists with experiments and tests. A bachelor’s degree is typical for this position, but additional laboratory experience is preferred. The projected job growth position is faster than average at 7% — which is surprising considering the salary.

Reporters and correspondents inform the general public about current events and news. Many people in these positions do not have a regular schedule and often need prior work experience in radio, television or a newspaper. This particular field of work is projected to see a 10% decline, with 5,100 fewer jobs within these roles.

Radio and television announcers are often self-employed and work part-time, which certainly affects the median salary for this position. Educational requirements also vary, with a bachelor’s degree, internship and on-the-job training required.

Legislators develop and enact laws within local, state and federal governments. The projected employment change is 2,700 new jobs with a faster-than-average growth rate of 5%, according to the BLS.

Methodology: To find 30 jobs that aren’t worth their education requirements, GOBankingRates looked at the Bureau of Labor Statistics’ Occupational Outlook Handbook and filtered for occupations that required a bachelor’s degree and no previous work experience in the field. Once these occupations were filtered down, GOBankingRates looked at each occupation’s (1) average four-year degree cost by using CollegeCalc’s “College Costs by Major” data, which is directly sourced from the U.S. Department of Education’s Integrated Postsecondary Education Data System system. GOBankingRates then found each occupation’s (2) median annual salary for 2018 as sourced from the BLS; this factor was then multiplied by 30 to give (3) the 30-year earnings figure. Factor No. 3 was then subtracted by Factor No. 2 to produce (4) the 30-year earnings after degree cost. Factor No. 4 was then divided by 30 to produce the only ranking factor: (5) median yearly salary adjusted for degree cost. On-the-job training required, projected employment growth (2018-2028) and year-over-year wage growth (2017-2018) were added as supplemental data for the 30 jobs highlighted and sourced from the BLS Occupational Outlook Handbook and 2017 BLS national occupational employment and wage estimates. All data used to conduct this study was compiled and verified on Jan. 22, 2020.

This article originally appeared on GOBankingRates.com: 30 Jobs That Aren’t Worth Their Education Requirements